The company has been spotted testing new audio chat rooms similar to Clubhouse. 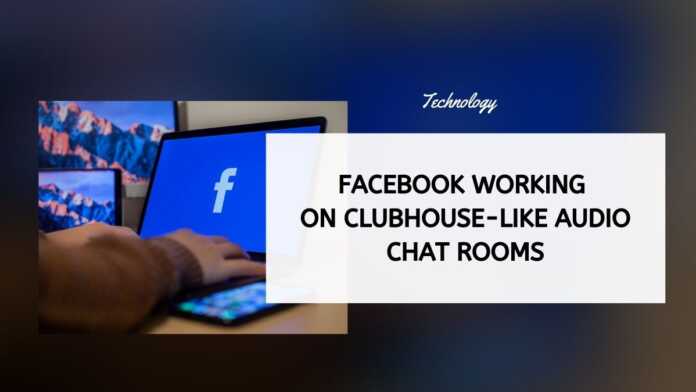 Facebook is also looking at launching Clubhouse-like products to take on the new social media frenzy, audio chat rooms. It has been spotted testing a feature that will let users start a private audio room with their friends. This will most likely be part of Messenger Rooms that Facebook launched last year.

In a screenshot posted by developer Alessandro Paluzzi (via Social Media), there are three options for ‘Rooms’. One of these is audio wherein users can start a private audio room with friends. There’s another option for live audio that is to broadcast an audio-only room to listeners.

This also looks like another part of Facebook’s Clubhouse-like experiment. The new audio rooms feature is currently in testing, and there’s no word when it will officially launch for all users.

ℹ️ The feature appears to be in an early state of development, the UI is just a mockup at the moment. pic.twitter.com/vCBN7MCB6r

This has been looked at as a competitor to Zoom. Now, the same could be applied to Clubhouse which is one of the hottest social networking apps at present.

Clubhouse is still invite-based and available only on iOS with an Android version in the works. The app is closing in on 13 million downloads within a year of its launch.

Clubhouse already has a major competitor, Twitter Spaces that is going to be available for all users soon. There are more Clubhouse copies being developed but products from players like Facebook and Twitter would be the ones to watch out for.