As a part of its Pronunciations program, Facebook will ask its users to say ‘Hey Portal’ followed by the name of a friend in their friend list. 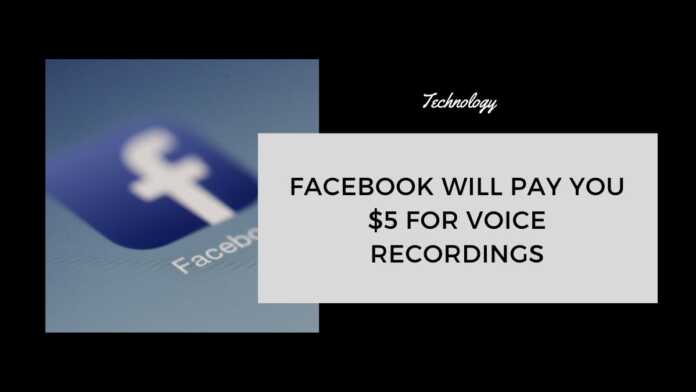 Facebook has announced a new program as a part of which the company will pay its users for their voice recordings. These voice recordings will be used in a project called ‘Pronunciations’ which will be available in the company’s Facebook Viewpoints app.

The recordings from this program will be used for improving the company’s products and services.

The social media giant in a blog post announcing the program said that as a part of its Pronunciations program, Facebook will ask its users to say ‘Hey Portal’ followed by the name of a friend in their friend list. Participants will be able to record names of up to 10 friends this way.

On completing one set of recordings, participants will get a total of 200 points which will be credited in their Viewpoints apps. When they collect a total of 1,000 points, the social media giant will credit $5 to their PayPal accounts.

Facebook said that “Viewpoints is currently only available to people in the US who are at least 18 years old. However, specific program eligibility may vary based on the needs of each Facebook Viewpoints program and your location.”

Notably, the announcement comes nearly a year after Apple blocked Facebook’s enterprise certificate for distributing its Research app to users by bypassing the App Store.