Facebook is now testing a feature that will allow some users to add posts to a ‘thread’ that is expected to work like Twitter’s tweet threads. 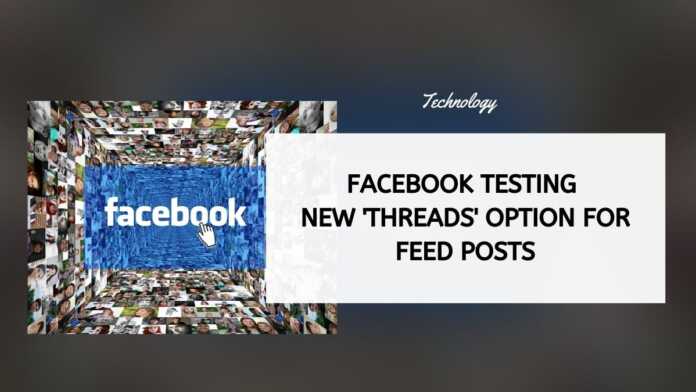 After recently adding support for Live Audio Rooms to replicate functionality from social audio app Clubhouse, Facebook is now testing the ability to chain a series of posts together, like Twitter’s Thread feature for tweets.

Nearly four and a half years since Twitter first rolled out support for posting tweets in a thread, Facebook has begun testing the ability to add posts to a thread for several accounts, according to a series of screenshots shared by Matt Navarra. The images shared inform users that they can add another post to any previous one in order to begin a thread.

While Facebook users do not have to bother about character limits, the service reportedly allows up to 63,206 characters in each post, the threads feature for posts could come in handy during live events, where continuity of a series of posts would be linked by a visual indicator.

The screenshot seems to suggest that all the posts added to a thread will share the same privacy settings as the original post or the first post in the thread. The company has also reportedly confirmed this new thread feature for posts to TechCrunch, which reports that the feature is being tested for a “small group of public figures”.

It appears that this feature will come with a new View Post Thread button according to the report, which sounds like it will help users figure outposts in the correct order in a thread.

However, the company has not confirmed or the feature will roll out to other users, or whether it will remain a feature exclusively created for important public figures.