The US Internal Revenue Service (IRS) has sued Facebook alleging that the social networking giant undervalued the intellectual property it sold to the subsidiary, thereby dodging $9 billion in taxes. 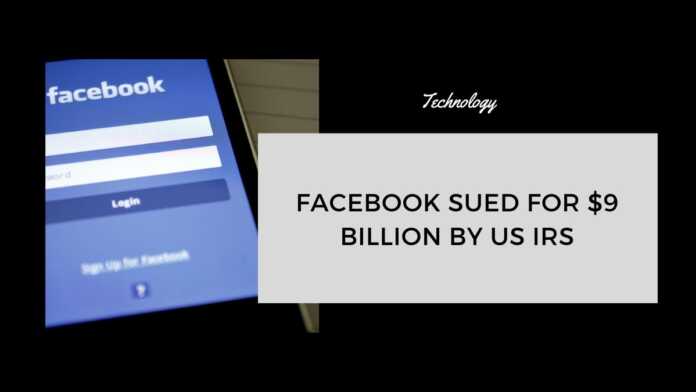 The US Internal Revenue Service (IRS) has sued Facebook for $9 billion in unpaid taxes, alleging that the social networking giant undervalued the intellectual property it sold to the subsidiary, thereby dodging billions in taxes.

The IRS lawsuit, filed in a San Francisco court, claimed that Facebook “undervalued the royalty amount between 2010 and 2016, which cut the company’s domestic tax bill as the royalties are ultimately reported as income”.

Several tech giants save billions from taxes by keeping their money in Ireland because of the country’s low corporate tax rates.

In a statement given to The Verge, Facebook’s Berti Thomson said the company “stand[s] behind” the 2010 transaction.

Facebook told the court that it valued only $6.5 billion in 2010 but the IRS begged to differ, saying the social media giant “knowingly undervalued itself while selling off its intellectual property to a new company based in Ireland to avoid paying US corporation tax”.

Facebook claimed the IRS’s valuation was based on a “2020 perspective and not a 2010 perspective”.

The company allegedly “sold” the rights to its software and trademarks to a subsidiary based in Ireland and that company pays Facebook in the US “royalties.

This allowed Facebook to pay an Irish tax rate of 12.5 percent rather than 35 percent corporate tax rate in the US (since reduced to 21 percent), reports The Registrar.

Facebook is not alone that dodges US corporate tax. In 2016, the European Union (EU) ordered Apple to pay $15.4 billion in back taxes to Ireland. In September, Google said it would pay more than $1 billion after a French investigation into its tax practices.