Facebook Set To Roll Out Official Music Videos In The US

This new feature lets users follow their favorite artists and see their latest video releases on their News Feed as and when they go live. 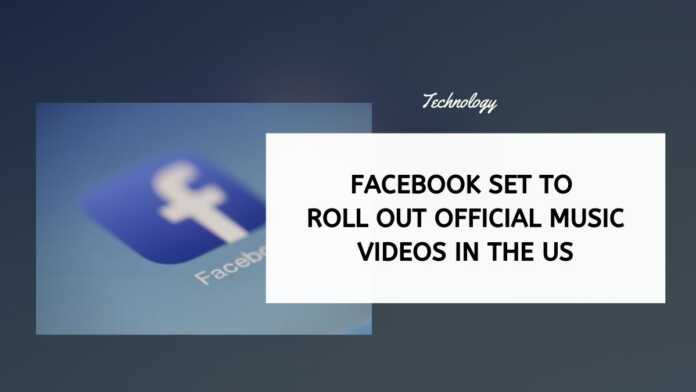 Facebook has confirmed that it will soon be rolling out official music videos on its platform in the US. The company is going to introduce a new ‘Music’ destination within Facebook Watch too.

The TechCrunch reports that although Facebook has been working with partners in both Thailand and India on a similar experience as well, the US launch has been enabled by the company’s partnerships with top labels like Sony Music, Warner Music, Universal Music Group, Merlin, BMG, Kobalt, etc.

Facebook has told TechCrunch that deals with music houses include all major partners and some independent names as well.

Reports had it that Facebook’s music plans would roll out by August 1 and many supported artists were also being informed that they would need to toggle on new permission that would allow the platform to automatically add music videos to their Page where it can be easily discovered by fans and followers from the Page’s Videos tab.

Once this new permission is enabled, the artists can remove and edit their video posts as and when they wish.

If the setting is not enabled, Facebook will automatically generate a separate official music Page on the artists’ behalf, with the title – “(Artist Name) Official Music” so as fans can discover them.

This page will be controlled and by Facebook and be accessible through Facebook Watch. Artists can later choose to opt-in to include their own official videos on their own Page.

This new feature lets Facebook users follow their favorite artists and see their latest video releases on their News Feed as and when they go live. Artists can be followed from the ‘Follow’ option on their page and from the music video as well.

The dedicated section for Music on Facebook Watch will let users explore music by genre, mood, name of the artist, and themed playlists like – Popular this weekend, etc.

According to reports, these ads will appear before the video and during the video as an image and below the player or post it. However, this plan is subject to changes going forward.