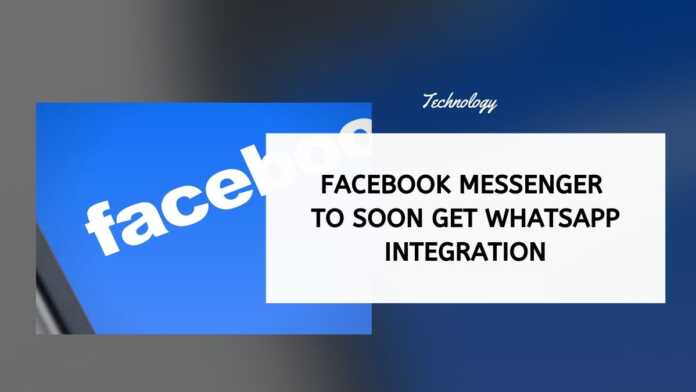 Mark Zuckerberg last year had revealed that he was planning to integrate Facebook and its sister apps, WhatsApp, and Instagram.

However, at the time, the Facebook founder had said that there was a lot of planning to be done before the plan was implemented. This year we saw early signs of that integration when Facebook announced the Messenger Rooms feature back in April.

According to a report by WABetaInfo, Facebook is planning to integrate WhatsApp into Messenger. This feature, in theory, would allow a Facebook user who doesn’t have a WhatsApp account to communicate with a WhatsApp user without either one leaving their respective platforms.

Although the feature is still in the early stages of development, the blog site did find some code that enables Facebook to create a ‘local database in order to manage messages and services with other WhatsApp users.’

Essentially, the database in question allows Facebook to understand things such as if a WhatsApp contact is blocked, sounds of a push notification, members of a specific group, and profile pictures of contact.

The database also allows Facebook to understand specific details of a chat such as a phone number of a contact, a message counter and if a chat is archived. Contents of a chat, however, remain hidden owing to the end-to-end encryption used by WhatsApp.

According to independent developer Alessandro Paluzzi, the social media giant is also working on integrating Messenger on Instagram. As per his analysis, Messenger could be integrated into the photo-sharing app’s Settings menu right above the Follow and Invite Friends button. How this feature would work remains a mystery for now.

As far as Messenger’s WhatsApp integration is concerned, there is no word on how this feature would be implemented owing to the fundamentally different nature of the two services.

For your reference, WhatsApp messages are end-to-end encrypted while only the Secret Messages in Messenger are encrypted. Also, Messenger allows users to communicate with strangers whom they may not know in advance or have contact numbers of.