Messenger users on Android and iOS can now share their phone's screen during a video call. 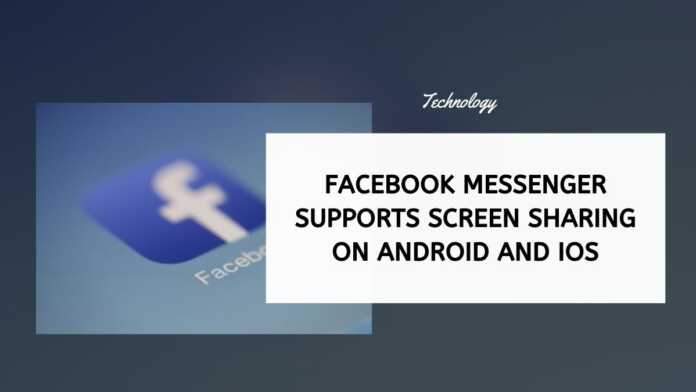 On the Messenger app, users will be able to share their screens during a video call. This can be during a one-on-one video call or with a group of up to eight people.

With this feature, users will be able to share their phone’s screen for things like browsing through the photo gallery, shopping online, checking out social media, and more. Screen sharing on Messenger comes at a time when video calling has become part of the new normal.

To work, open the Messenger app and start a video call. Then Pull up the bottom tab on your screen. Select ‘Share Your Screen’. Your phone’s screen will now be visible to participants in the video call.

Facebook launched Messenger Rooms as a new video calling feature similar to services like Zoom and Skype. It supports up to 50 people at once, and people without a Facebook account can also join the video call.

Facebook plans to increase the limit of screen sharing in Messenger Rooms from 16 people to 50. It will also add the ability for creators to control who can share their screen in Rooms.

Creators can restrict screen sharing to themselves or allow all participants to do it in Rooms.