Facebook Messenger users can now forward messages to only five people or groups at once. 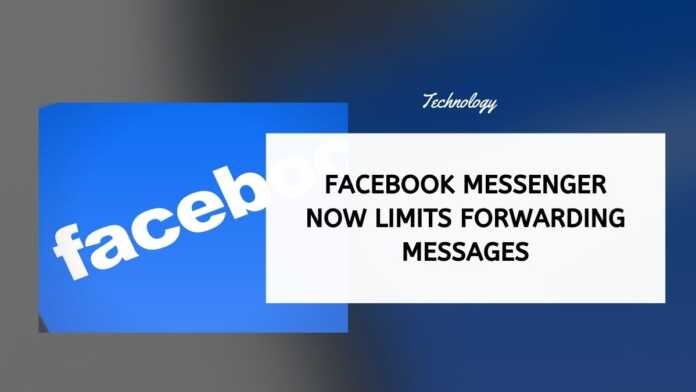 Facebook has added a forwarding limit to its Messenger app and users can now forward a message to only five people or groups at a time. The new forwarding limit on Facebook Messenger is aimed to help stop the spread of misinformation on the platform.

“We are introducing a forwarding limit on Messenger to help curb the efforts of those looking to cause chaos, sow uncertainty or inadvertently undermine accurate information,” Facebook said in a blog post.

As the name suggests, this feature will automatically prevent users from forwarding a message to more than five people at once. This applies to text, photos, and videos that are shared on Facebook Messenger.

The forward button is visible just next to the message and tapping on it will pull up a list of the user’s contacts. Once the user selects five people, Messenger will alert that the forwarding limit has been reached.

The new forwarding limit comes as part of Facebook’s efforts to stop the spread of Covid-19 misinformation and the upcoming elections in the US and New Zealand.

This is also part of a series of new steps Facebook CEO Mark Zuckerberg announced ahead of the US elections. Zuckerberg said Facebook will block new political ads just a week before the elections.