Facebook Libra cryptocurrency project has failed in its current form, according to the President of Switzerland. 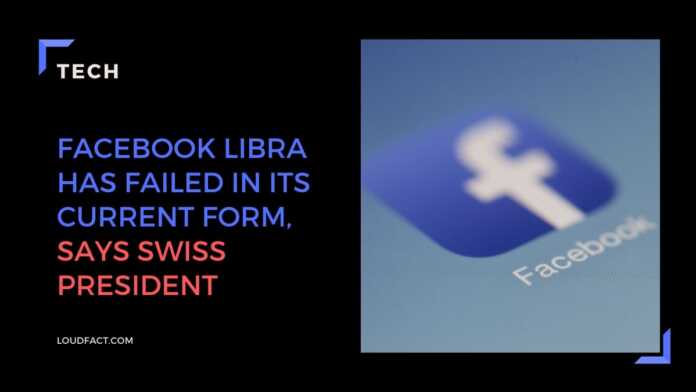 Libra, a cryptocurrency project championed by Facebook, has failed in its current form, according to the President of Switzerland.

As Libra is seeking approval in Switzerland, the comment from Swiss President and Finance Minister Ueli Maurer suggests that Facebook and other stakeholders will have to rework the project if they want it to be approved in the country.

In an interview with Swiss broadcaster SRF, Maurer stated that Libra does not have a chance of being successful “because the basket of currencies that are deposited in this currency is not accepted by the national (central) banks,” theblockcrypto.com reported on Friday.

“The project in this form has actually failed,” Maurer was quoted as saying.

The Libra project which is still in development published a second roadmap last week, outlining plans for the launch of its first version in 2020.

In October, companies like Paypal, Visa, Mastercard, and eBay pulled out of the Libra cryptocurrency project to apparently avoid the US regulators who are scrutinizing Facebook and its subsidiaries.

But despite some top-notch firms pulling out, Facebook and 20 partner organizations formally joined the digital currency Libra project during a meeting in Geneva in October.

The organizations signed the charter for the Libra Association, which also formed a council tasked with governance of the group, reported CNET.

The Libra Association said that more than 1,500 entities have expressed interest in joining the digital currency project.