Messenger Rooms on Messenger will allow users to add people from apps like WhatsApp, Instagram, and even Portal. 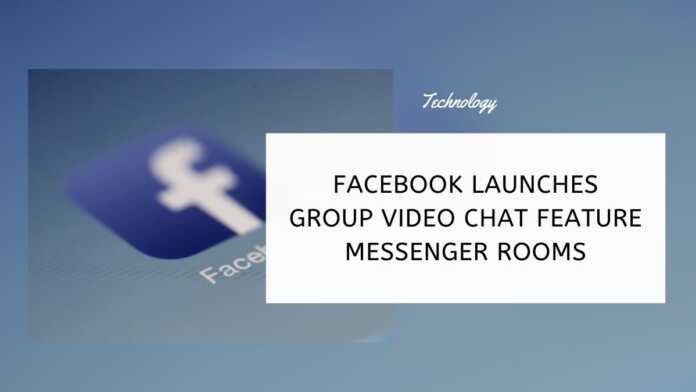 Mark Zuckerberg last night made a bunch of announcements on new features coming to Facebook’s suite of products, and updates on its user base.

Messenger Rooms is a new group video chat feature for which users can invite people from other platforms like WhatsApp, Instagram and Portal.

This sort of resonates with what Zuckerberg had said last year of integrating Messenger, Instagram, and WhatsApp on a unified messaging platform. Users can create a Messenger Room and share the invite with others who can simply tap on it to join the group call.

I wanted to share a summary of the new product updates I just discussed on the livestream to help us all feel connected with the people we care about, even while we can't be together in person. Today's updates focused on video presence and we're releasing new experiences across three categories: video calling, video rooms, and live video.More than 700 million daily actives use WhatsApp and Messenger for calling. In many countries, calling has doubled since the Covid-19 outbreak began. To help you stay connected with your whole family and groups of friends, we're doubling the number of people who can participate in a group video call from 4 to 8 on WhatsApp. We're also launching AI-powered effects like 360 virtual backgrounds on Messenger, virtual dates on Facebook Dating, and expanding Messenger Kids to more than 70 countries and territories.I'm also excited to announce Messenger Rooms — group video chat designed with social interactions in mind. You can start a room for any activity — whether you're hosting celebrations, game nights, book clubs, or just have some time to hang out — send people a link, and they can drop in and hang out with you even if they're not on Facebook. You'll be able to create rooms and invite people across WhatsApp, Instagram and Portal as well. You'll also be able to discover rooms your friends are in at the top of News Feed, and it's easy to drop by and say hi. You don't need to schedule time to hang out like other video conferencing tools. We're testing Rooms in a few countries now and plan to roll it out globally over the coming weeks.For live video, there are now more than 800 million daily actives engaging with livestreams across Facebook and Instagram for workout classes, concerts, faith services, and more. We're bringing Live With back to Facebook so you can add another person into your live video. We're also making it easier to raise money and donate money directly in Live. On Instagram, you can now watch live videos on desktop and we're also adding a feature to let you save your live videos to IGTV. You'll also be able to go live from Portal to Facebook Pages and Groups soon as well.I hope these new product updates will help bring people closer together and help us all feel more present with the people we care about during this period. I'm looking forward to getting Rooms and the rest of these features into all of your hands soon, and hearing what you all think!

“You can start a room for any activity — whether you’re hosting celebrations, game nights, book clubs, or just have some time to hang out — send people a link, and they can drop in and hang out with you even if they’re not on Facebook. You’ll be able to create rooms and invite people across WhatsApp, Instagram and Portal as well,” Zuckerberg said.

Messenger Rooms is currently being tested in a few countries and it will roll out globally in the coming weeks. Messenger is also getting AI-powered effects like 360 virtual backgrounds soon.

The new updates to Messenger come at a time when people are extensively using the app during the lockdown. Zuckerberg said the company has seen over 700 million daily active users using Messenger and WhatsApp for calling.