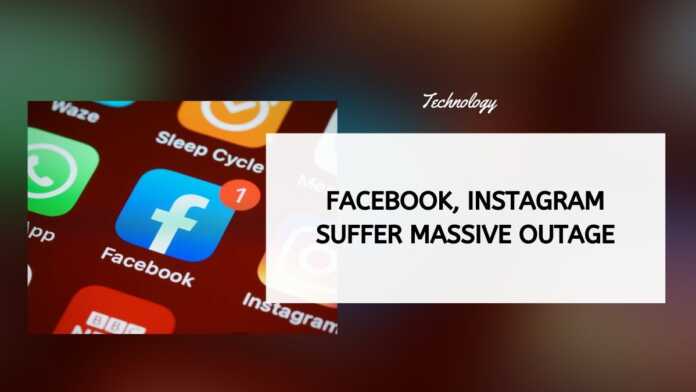 The outage lasted for around an hour according to the website. These services were down for tens of thousands of users and it is still a hot talking point on Instagram, Facebook, and other social media apps.

The reason behind the Instagram outage was a technical glitch that prevented users from accessing their accounts. “We resolved the issue as quickly as possible for everyone who was impacted,” a Facebook spokesperson was quoted as saying by Reuters.

Considering there was so much chatter on other social media apps on this, the company also expressed regret. It said, “We apologize for any inconvenience”.

According to Downdetector.com, the most reported problems faced by Facebook users were at the time of log-in with some users facing issues with photos.

Instagram was down but for a shorter period of time. The most reported problems for Instagram were newsfeed not refreshing, logging in, and the website. As for Facebook Messenger, there was hardly any reported outage by users on Downdetector.com.

This isn’t the first time Facebook services faced an outage in 2021. Earlier this year in April, Instagram and Facebook users were unable to send or receive messages due to the services facing an outage.

More recently other popular services like Google, YouTube, and Gmail were down for users in parts of North America. Users faced issues logging in and accessing the website.