Roskomnadzor threatened last week to fine Facebook up to 10% of its annual Russian turnover unless it took down content that Russia has banned. 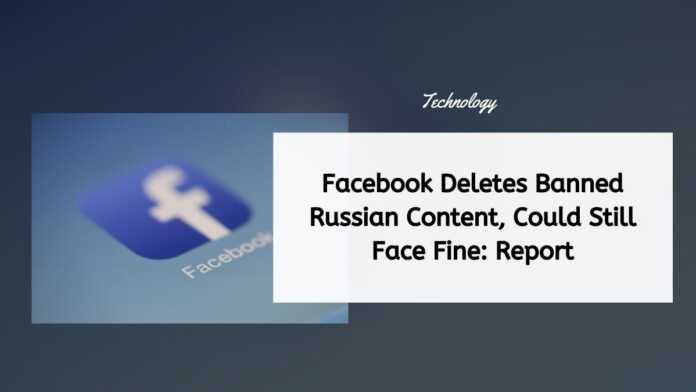 Facebook has complied with Russian demands to delete some content Moscow deems illegal, but it could still face a hefty fine as it was slow to do so, the Vedomosti newspaper reported, citing Russia’s state communications regulator.

The regulator, Roskomnadzor, threatened last week to fine Facebook up to 10% of its annual Russian turnover unless it took down content that Russia has banned. The move to comply could signal that Facebook is responding to Russian pressure.

Experts cited by Vedomosti estimate Facebook’s Russian turnover at between 12 and 39 billion roubles ($165-$538 million). Reuters could not immediately verify those figures.

Roskomnadzor said that Facebook had taken down some banned content from its platform as well as from Instagram, but that it could still face the fine on turnover because it had not deleted the content quickly, Vedomosti reported.

The Roskomnadzor official said that Facebook had not taken down all the content Moscow has banned, Vedomosti reported. “A total of 1,043 items currently remain undeleted on Facebook…and 973 on Instagram,” the official was cited as saying.

Russia has already fined Facebook this year for not removing content. The fines, some of which are still being appealed, total close to 70 million roubles, court documents show.

Earlier this year, Roskomnadzor told Facebook and other social media firms to remove posts containing what it said were calls for minors to participate in anti-government protests after the arrest of jailed Kremlin critic Alexei Navalny.