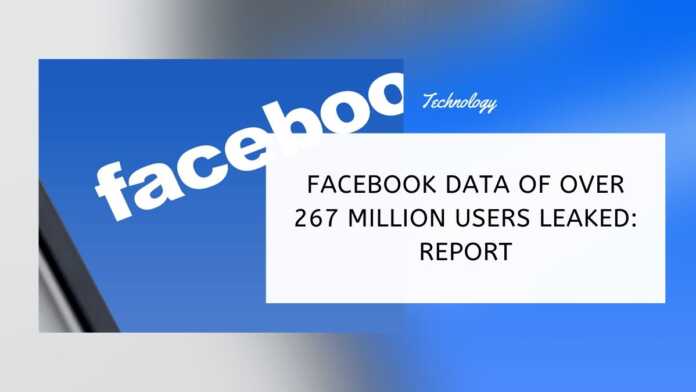 Facebook is in trouble again and this time around it is for a data breach that has led to the personal data of over 267 million users being sold on the dark web.

According to a report by the cybersecurity firm Sophos, which is based on the findings of another Cyble and security researcher Bob Diachenko, a database consisting of 267 million Facebook user profiles were being sold on the dark web for £500 or USD $540, which is about 0.0002 cents per record.

This database contained Facebook users’ IDs, in addition to full names, email addresses, phone numbers, timestamps for last connection, relationship status, and age. However, no passwords were exposed in the breach.

Interestingly, this database is the same that was first mentioned by Diachenko in a breach he reported last year. It also contains details of 42 million new records, taking the overall strength of the database to 309 million Facebook users.

Cyble in a blog post said that it is not aware of how the data of over 300 million Facebook users was leaked. However, it suspects that it could have happened due to a leak in Facebook’s third-party API or scrapping.

The firm also warns users to tighten up security in their Facebook accounts as this data could be used by cybercriminals for phishing attacks.

The IT security firm also recommends that Facebook users should enable two-factor authentication in their accounts in order to protect their accounts from cybercriminals.