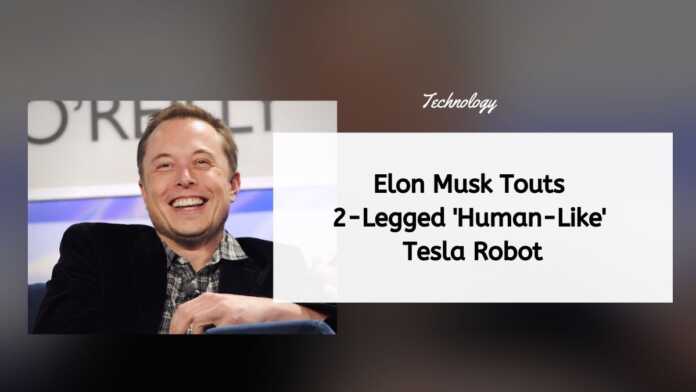 More than two years after touting plans to turn Tesla Inc. vehicles into Robo taxis that have yet to materialize, Elon Musk held another highly technical event about autonomous driving development.

Robots on wheels are still a ways off, it seems, so he’s now plugging one on his legs. After roughly 90 minutes of engineering talk spanning neural networks, computer vision, and data-labeling, Tesla’s chief executive officer ceded the stage during the company’s AI Day event to a human dressed and walking like a robot.

“We think we’ll probably have a prototype sometime next year that basically looks like this,” Musk said late Thursday, shortly after the person in a skin-tight white suit and black helmet performed a techno-Fred Astaire dance sequence.

Musk, 50, was more measured than he was during Tesla’s Autonomy Day in April 2019, refraining from any predictions about when the company’s vehicles will be able to go driverless.

“The Bot reveals excitement will likely provide a near-term boost to shares,” Colin Langan, a Wells Fargo Securities analyst who rates Tesla the equivalent of a hold, wrote in a report. He cautioned the NHTSA probe and other issues likely will be “more relevant mid-term drivers.”