Elon Musk is one of the top supporters of Dogecoin. 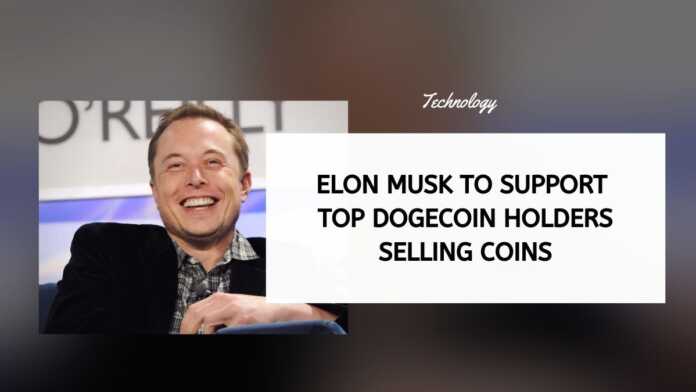 Elon Musk said there’s too much concentration of the coins among its major holders and he will support them if they sell their coins.

“If major Dogecoin holders sell most of their coins, it will get my full support,” the Tesla Inc. co-founder and chief executive tweeted Sunday evening. “Too much concentration is the only real issue imo (in my opinion).”

If major Dogecoin holders sell most of their coins, it will get my full support. Too much concentration is the only real issue imo.

Dogecoin fell 7.7% in the past 24 hours to 6.1 cents, according to data from CoinMarketCap. The Shiba Inu-themed digital coin has been among the obsessions of retail investors this year, rising to an all-time high of 8.4 cents last Monday from about 1 cent at the beginning of the year.

Dogecoin is now the 12th-largest cryptocurrency with a market cap of $8 billion.

Musk, the richest person in the world, partly contributed to Dogecoin’s rising popularity with his frequent tweets about it. Last week, he said he bought some of the coins for his son lil X, so that “he can be a toddler hodler,” a term in the crypto community that refers to a person who holds rather than selling.