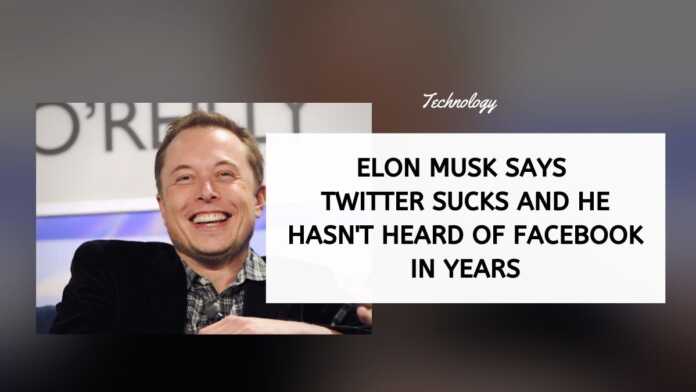 All of Elon Musk’s drama plays out on Twitter and clearly, even if he says that the platform ‘sucks’ he has no plans of leaving. Musk has said that he will delete his account and has disappeared for a few days, but he invariably comes back.

Love it or hate it, there is no doing away with the Tesla CEO and his antics on Twitter.

Musk had also tweeted in May that “Facebook sucks”. This reaction was prompted by a comment made by Facebook’s head of Artificial Intelligence (AI) who said that Musk did not understand what AI was.

And this is not the first time Musk has attacked Facebook for not understanding what AI is. Facebook CEO Mark Zuckerberg has called Musk’s views on AI “pretty irresponsible”.

In 2017, Musk had said that Zuckerberg’s understanding of AI was “limited” and in February this year, Musk called Facebook lame and asked people to #DeleteFacebook. Musk was replying to actor Sacha Baron Cohen’s scathing tweet on Facebook and Zuckerberg and tweeted – “#DeleteFacebook It’s lame”.

Musk has deleted his Facebook account in 2018 and also the pages of both Tesla and SpaceX. Musk had said at that point in time that him deleting his Facebook account was not a political statement and he didn’t do it because someone dared him. He added that he just didn’t like Facebook and that it gave him the “willies”.