The appointment comes nearly a month after Starboard, which owns more than 1% of eBay’s stock, said it plans to install four directors on eBay’s 14-member board. 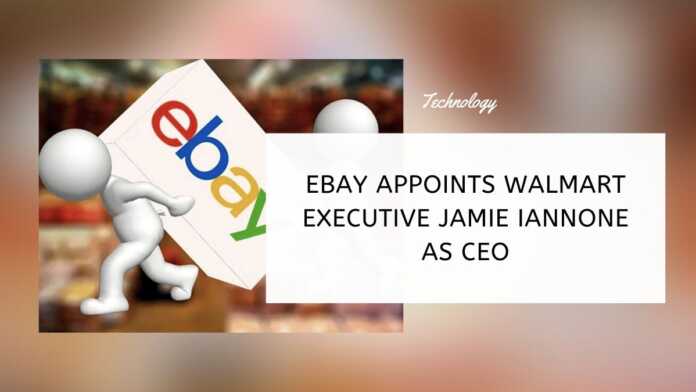 EBay Inc named Walmart executive Jamie Iannone as its top boss, handing over the reins to an outsider as the e-commerce firm deals with pressure from activist investor Starboard Value to shake up its management.

The appointment comes nearly a month after Starboard, which owns more than 1% of eBay’s stock, said it plans to install four directors on eBay’s 14-member board and wanted the company to appoint an outsider as its permanent chief executive.

Scott Schenkel, the e-commerce company’s chief financial officer, has been serving as interim CEO since Devin Wenig stepped down in September, citing differences with eBay’s board.

Iannone, who most recently served as a chief operating officer of Walmart eCommerce, previously held leadership roles at eBay from 2001 to 2009 and will begin his term as chief executive officer on April 27.

Starboard did not respond to a request for comment. The hedge fund said in March eBay had been slow in separating its classifieds business from its marketplace business.

The e-commerce company last year sold its ticketing unit, StubHub, for $4.05 billion, after activist investors Elliott Management Corp and Starboard urged its sale as part of a plan that could double eBay’s value.

“Today’s announcement of Jamie as the new CEO of eBay is a huge positive for the company,” said Jesse Cohn, an Elliott partner, and eBay board member.

“Over the past year, eBay has realized full value for Stubhub and is in the process of exploring value-maximizing options for its Classifieds division.”

eBay had said it plans to release an update on the classifieds business by the middle 2020. Shares of the company were 1.19% higher at $34.23 in morning trade.