EA Has Renamed Its Subscription Service To EA Play

The subscription service has operated under a few different names in the past but now it is going to be brought under one new banner called EA Play. 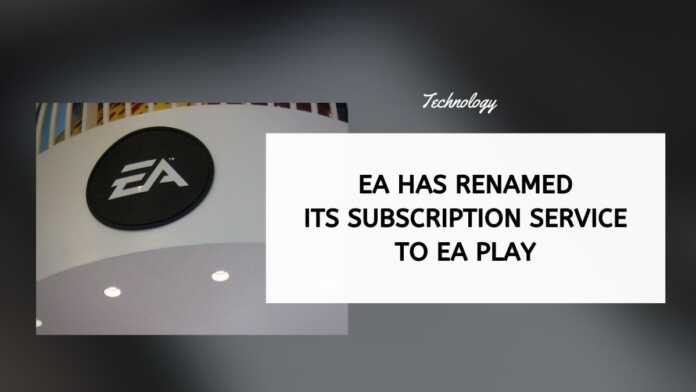 Electronic Arts (EA) has announced that it is rebranding and consolidating its subscription service. The subscription service has operated under a few different names in the past but now it is going to be brought under one new banner called EA Play.

This move has been made in all likelihood to avoid confusion and to make the transition to Steam “more appealing”. EA Play the subscription service will launch on August 18. Additionally, EA’s event EA Play is going to be called EA Play Live from now.

EA’s subscription service, which The Next Web says is of “decent value” was often off gamers’ radar because it was “confusing”. The PC version of the service was called Origin Access and the console version was called EA Access.

EA is now going to call both EA Access and Origin Access’ Basic tier by the same name – EA Play and the service that was known as Origin Access Premier will now be called EA Play Pro.

EA has rolled out these new names just before the subscription service is headed to Steam. The phasing out of the ‘Origin’ part of the name, combined with EA moving both its service and several exclusive games to Steam has left people wondering about the fate od EA’s Origin PC client.

EA’s subscriptions have not been as popular as the Xbox Game Pass but it functions the same way. Users pay a fee to get access to a selection of games and the size of the selection depends upon what plan you have picked. An EA Play Pro subscription also gets to full access to new EA games.