Dropbox Will Roll Out Password Manager To Free Users In April

A limited version of the company's password manager which is currently available to Plus and Professional account holders will come to free users next month, Dropbox stated in a blog post. 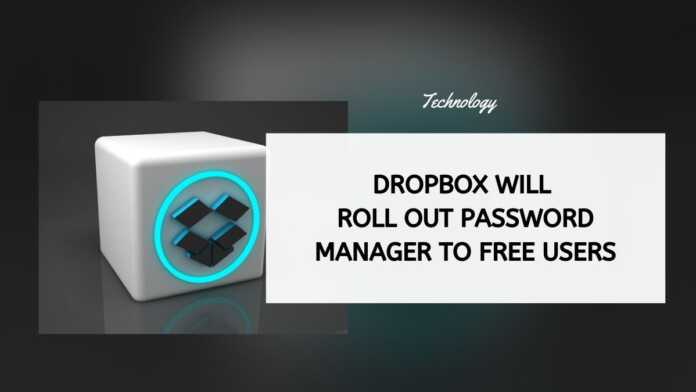 In July last year, Dropbox added a few features to its document and file uploading service such as the ability to scan images as a document (like the now-banned CamScanner app) and the ability to send files to other users like WeTransfer.

The company had also introduced a password manager service for users who paid for the Plus and Professional plans, which it now plans to open up to all users.

A “limited” version of Dropbox Passwords, the company’s password management service will be available to all users in April, the company announced on its blog.

This means the company is rolling out its password service to users who are on the very limited free tier which comes with 2GB of storage but can be expanded via referrals.

However, as with all free services on the web, there are some limitations to this service and they’re related to sharing and syncing of passwords on the service. For starters, you won’t be able to store more than 50 passwords at a time, a limitation that doesn’t exist for Dropbox Plus and Professional users.

Similarly, Dropbox Passwords does allow users to sync their passwords between the mobiles and computers, but the free version will be limited to three devices.

Unlike LastPass’s new ‘mobile or computer’ restriction, however, you can choose to use a mix of mobile and computer devices. This is also marginally better than services like Roboform Free that keep you limited to one device with no sync.

The company also says it will roll out the ability to securely share your passwords with other users, but that feature will come “soon”. If you want to test out the limited version of Dropbox Passwords without a Plus or Professional account, you can sign up for the company’s official waitlist and you will be notified when you can start using the service.