Watch Together is currently in the works and it makes sense now that Rythm is gone. 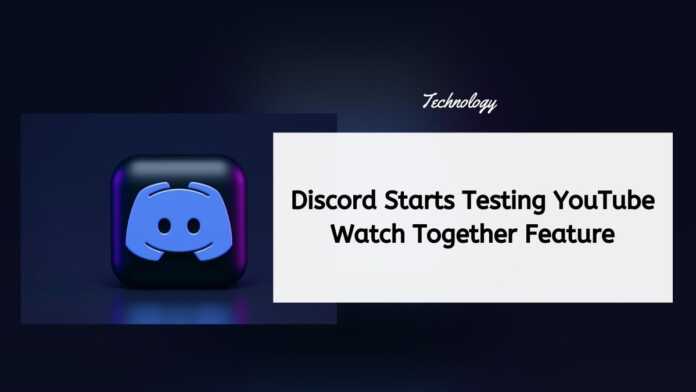 Discord previously had Rythm. This popular third-party Discord plug-in was recently shut down by YouTube and the platform has decided to take matters into its own hands now.

Discord, the chat service that is quite popular among the gaming community, has started testing a feature called Watch Together. Watch Together allows Discord users to watch YouTube videos in sync with others within their servers.

This is not the first time Discord is testing something similar. It had done something quite identical last year before putting the feature on the back burner. However now, with YouTube killing the third-party plug-in, it seems to have sparked new interest in Discord and the platform is quite active about wanting to release the feature now.

With Rythm, Discord users could listen to music from YouTube with friends on the platform while avoiding the annoying YouTube ads. So it is not surprising that Google was going to have a problem with it since it violates the company’s terms of service. Even Rythm’s founder knew that they were going to be shut down eventually. And that is what happened.

Rythm and another plugin called Groovy were both shut down and that made Discord start trying to figure out a way to fill in the gap.

What Discord Watch Together does is different from those apps. It’s more in-line with Discord’s screen-share feature, where the YouTube video plays on the screen instead of just streaming audio through a voice chat. And, if you’re watching a YouTube video, you will also see the YouTube ads. So, Google has nothing to complain about here.

Now, Discord plans to roll out Watch Together beta to more servers over the next few weeks.