The launch event was scheduled to take place in London and is now going to be streamed on YouTube on March 19. 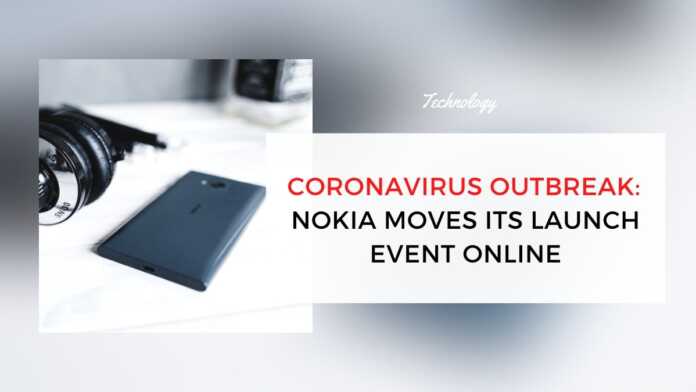 HMD Global was slated to host a launch event in London on March 19 where it was expected to launch the Nokia 8.2 5G, the Nokia 5.3 and the Nokia 1.3.

However, it seems that the recent coronavirus outbreak has derailed the company’s plans. It is now planning to launch its new lineup of smartphones via an online-only event.

Nokia, which is owned by HMD Global, will now be held on March 19. The company will be live streaming the event via its official YouTube channel at 4:30 PM GMT. You can click the below video link to watch the live stream of the event.

As far as the devices are concerned, the Nokia 8.2 5G is likely to be the company’s first 5G smartphone. It is expected to come with a 6.2-inch display and be powered by the Qualcomm Snapdragon 765 chipset that is coupled with up to 8GB of RAM and up to 256GB of storage space.

It is likely to come with a quad rear camera setup consisting of a 64-megapixel primary camera and a 32-megapixel selfie camera. In terms of the battery, it is expected to get a 4,000mAh battery.

Nokia 5.3, on the other hand, is expected to get a 6.55-inch display and be available in 3GB and 4GB RAM variants that are coupled with 64GB storage space.

Last on the list is a budget smartphone Nokia 1.3. It is likely to get a 6-inch display with a 1GB of RAM, 16GB of storage space and a 4,000mAh battery. It is expected to run on Android Go and come with an 8-megapixel camera at the back and a 5-megapixel camera in the front.