GSMA announced that this year’s edition of MWC, which was scheduled for February 24-27 in Barcelona, Spain, will no longer be held. 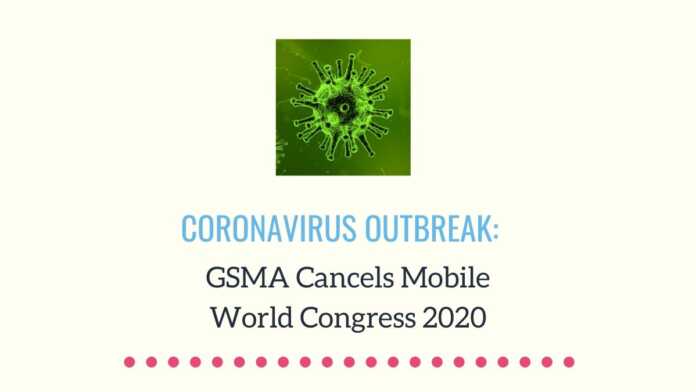 The organizers of Mobile World Congress (MWC), an annual tech extravaganza, had to pull the plug on the conference after many big companies, who are regulars, withdrew their participation amidst coronavirus fears.

GSMA, the wireless trade body that organizes MWC, on Wednesday announced that this year’s edition of MWC, which was scheduled for February 24-27 in Barcelona, Spain, will no longer be held.

“With due regard to the safe and healthy environment in Barcelona and the host country today, the GSMA has canceled MWC Barcelona 2020 because the global concern regarding the coronavirus outbreak, travel concern and other circumstances, make it impossible for the GSMA to hold the event,” John Hoffman, the CEO of GSMA, said in a statement.

In MWC’s 33-year history, this is the first time the organizers have called off the conference. Thousands of participants from across the world attend Mobile World Congress (MWC) to check out the smartphones and bags investors.

The decision to call off the conference comes after several giant tech companies and wireless carriers such as Nokia, Vodafone, Amazon, Sony, Facebook, and Intel dropped out. The companies expressed health safety concerns of staff and visitors.

Despite the growing pressure, organizers of MWC had earlier decided to hold the conference that had expected to draw more than 100,000 visitors from about 200 countries, including 5,000 to 6,000 from China, according to a report in AP.

The organizers had earlier said that they were holding meetings regularly with partners and health experts to chart down health safety measures for the attendees.

In banners placed at the venue, the organizers urged participants to avoid close contact and handshakes with people at the conference. The organizers were stepping up cleaning and ways to curb health worries.

According to an Android Central report, the organizers were trying to cancel the trade show but could not since the Spanish government had not declared the virus a health emergency.