Public health experts stated Foxconn factories had a “high risk of coronavirus infection”, making them unsuitable for a production restart. 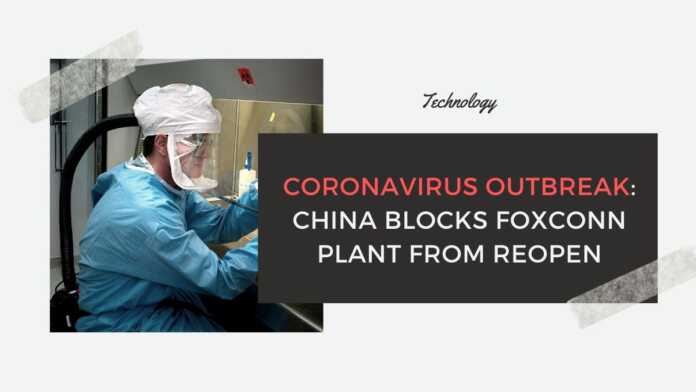 China has blocked a plan by Apple supplier Foxconn to resume production in China from Monday, the Nikkei business daily reported on Saturday, amid concerns about the spread of the new coronavirus.

Public health experts carried out inspections at Foxconn’s factories in the southern city of Shenzhen and told the company that its factories had a “high risk of coronavirus infection”, making them unsuitable for a production restart, the newspaper said, citing four people familiar with the matter without identifying them.

A Foxconn iPhone plant will also not restart work in the central city of Zhengzhou on Monday, the report added.

Taiwan’s Foxconn said operation schedules for its facilities in China followed the recommendations of local governments, but declined to comment on specific production facilities.

“We have not received any requests from our customers on the need to resume production earlier (than the local governments’ recommendations),” the company said in an emailed statement.

Foxconn could see a “big” production impact and shipments to customers including Apple face disruption if a Chinese factory halt extends into a second week, a person with direct knowledge of the matter told Reuters earlier this week.