Earlier reports stated that Apple would launch the iPhone SE successor at an event on March 31 and that the device will go on sale on April 3. 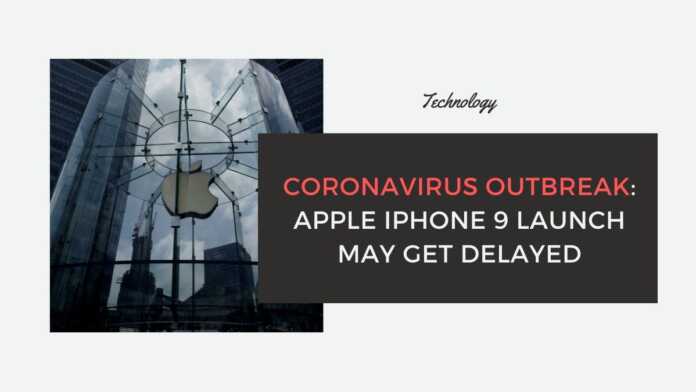 Apple CEO Tim Cook earlier this month revised the quarterly guidance owing to the loss in production and weak demand in China due to the Coronavirus outbreak.

Now, a new report says that apart from the sales, Apple’s upcoming device, the iPhone 9, may also bear the brunt of the Coronavirus outbreak.

According to a report by GizChina, the launch of the iPhone 9 will be delayed to the Coronavirus pandemic. This report seconds a separate report by Nikkei Asian Review which states that Apple will miss the mass production schedule for its upcoming budget smartphone, the iPhone SE 2.

The report also states the supply of its existing iPhone lineup could also remain low until April due to the Coronavirus outbreak.

Earlier reports stated that Apple would launch the iPhone SE successor at an event on March 31 and that the device will go on sale on April 3 with the mass production beginning in February this year.

However, this timeline has been derailed and it is possible that the device will go on mass production sometime in March.

Separately, reports have hinted that the iPhone 9 will come with a 4.7-inch display with a home screen button that houses the Touch ID.

The upcoming smartphone is expected to come with an iPhone 8-like design with a single camera at the back and thick bezels on the top. However, some reports also hint that the budget iPhone will come with a smaller 4-inch screen and a side-mounted fingerprint sensor.

The iPhone SE 2 will be powered by A13 chipset that powers the company 2019 iPhones and it will be available in 64GB and 128GB storage variants.