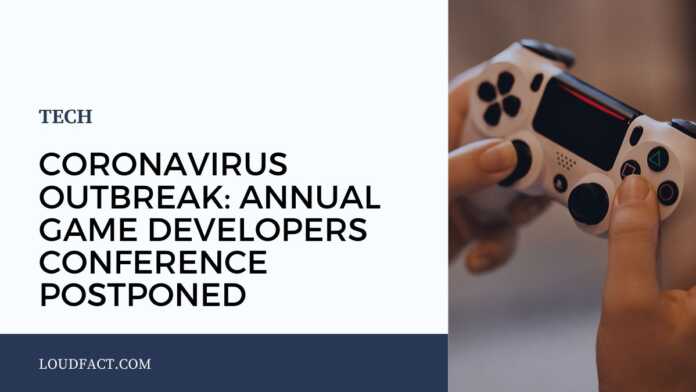 The annual Game Developers Conference was postponed by organizers until summer after many of the biggest companies in the video-game industry canceled plans to attend, citing concerns about the spread of coronavirus.

“After close consultation with our partners in the game development industry and community around the world, we’ve made the difficult decision to postpone the Game Developers Conference,” organizers wrote in a post on the event’s website late Friday. “We fully intend to host a GDC event later in the summer.”

The conference, which had been scheduled for March 16 to March 20 in San Francisco, is a key annual event for engineers and artists who build video games. Facebook, Microsoft, Electronic Arts, and Sony’s PlayStation have all announced that they would skip the event.

In the past week, anxiety has mounted about the spread of the respiratory virus, known as Covid-19, outside of China, where it originated. More than 2,800 people have died and more than 83,000 have been infected.

Earlier Friday, Google said it was scrapping plans for a sales and marketing event in Las Vegas next month. Switzerland has banned any gathering of more than 1,000 people, and a massive trade fair in Berlin was canceled last-minute. Facebook on Thursday called off its May event for developers.