Limited component supply coming out of China is affecting output at a Nintendo assembly partner’s factory in Vietnam. 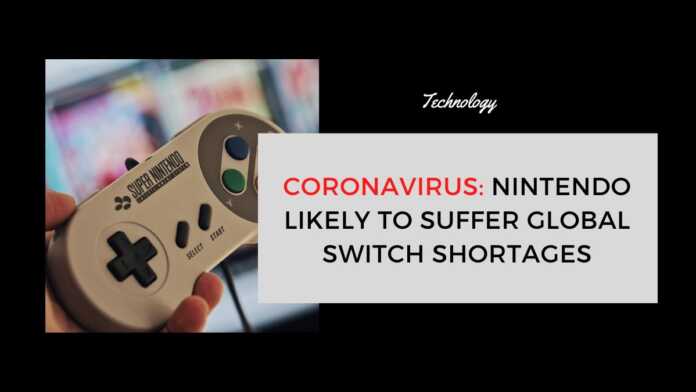 Nintendo Co. is likely to struggle to supply sufficient Switch consoles to its U.S. and European markets as soon as April due to a production bottleneck caused by the coronavirus outbreak, according to people with knowledge of the company’s supply chain.

Limited component supply coming out of China is affecting output at a Nintendo assembly partner’s factory in Vietnam, which the gaming giant primarily uses to build consoles for the U.S., said the people, asking not to be named because the details are private.

A shortage of components this month would affect Switch units scheduled for arrival in April after existing inventory and current shipments of the console have sold through.

The potential slowdown would deal a blow to the Kyoto-based company, which is preparing to release a major new installment in the hit Animal Crossing game franchise on Mar. 20.

These first-party titles are the lifeblood of the Switch system’s popularity, sustaining its sales momentum as it enters its fourth year since launch.

Nintendo apologized earlier this month when it announced that Switch hardware and accessory shipments to Japan would be constrained by a virus-imposed production shutdown in China.

Those products are now out of stock across many Japanese retailers, due also in part to aggressive cashback campaigns by local mobile-payment providers.

Switch shipments arriving into the U.S. in February and March won’t pose an issue because they’ve already been dispatched from Asia, said the people familiar with Nintendo’s operations.

But the difficulty may arise with accumulating enough units for the boats departing later this month or next, which would be arriving in the U.S. in April. Shipments would not completely stop but would be greatly reduced, according to one person.

The U.S. is the company’s biggest market, accounting for 43% of its core business, while Europe and Japan account for 27% and 21%, respectively.

Suppliers within Chinese factories, which provide components to a wide variety of electronics products, said they expect the virus disruption to last at least a few more weeks before they can resume full operation.

Speaking on condition of anonymity, they said their primary concern is resuming production too early and finding a coronavirus infection among their returned workers, leading to an outbreak on factory floors. This exact fear was also voiced by Apple Inc.-supplier Foxconn in a recent conversation with investors.