Most of the big manufacturers of tech companies like Facebook, Microsoft, Apple, LG, and Razr are based in China. 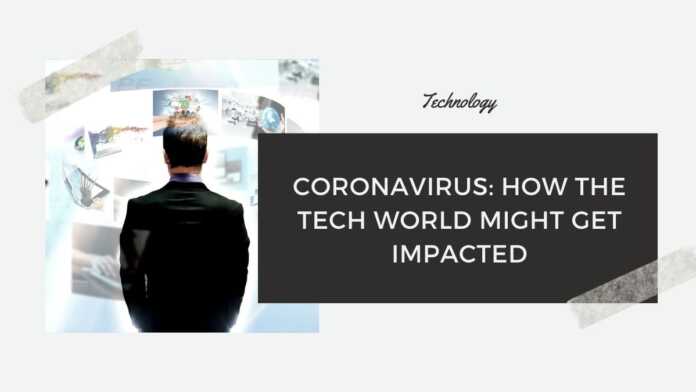 While the World Health Organisation has not classified the recent outbreak as a public health emergency yet, tech companies and even airlines, are taking precautionary measures to ensure that their employees and their customers don’t get infected with the virus that has already killed over 100 people and infected thousands.

Companies like Facebook, Microsoft, Apple, LG, and Razr have restricted their employees from traveling to China. Additionally, Apple has shut down one of its retail stores in the country and has reduced the operating hours at its stores across Mainland China.

Foxconn, which is one of the biggest manufacturers of iPhones, has asked its employees, who were Taiwan for the Chinese new year, not to return to the Wuhan facility. Wuhan is home to one of Apple’s biggest manufacturing hubs.

The scenario looks grim and one cannot help but wonder about the repercussions that lowered productions, shorter operating hours, etc would have on the tech industry at large.

However, as expected, tech companies and their executives are being tight-lipped about the matter.

The situation poses a particular risk for Apple, which depends on Foxconn and another Taiwanese manufacturer, Pegatron, for manufacturing its iPhones. Almost all iPhone models are manufactured at Foxconn’s Hon Hai Precision Industry Co subsidiary in Zhengzhou and by Pegatron, which has manufacturing units near Shanghai.

Though these cities are at least 500 km away from the epicenter of the outbreak, even a small disruption is likely to have a ripple effect on Apple’s supply chain.

Apart from Apple, Foxconn’s China-based manufacturing plants also produce Echo smart speakers and Kindle e-readers for Amazon and personal computers for companies like HP among others. Given the present situation, a similar production delay is expected in the case of other companies and gadgets as well.

But even so, it wouldn’t be far fetched to say that production delays and a crunch in the availability of devices in the market are expected.

Apart from production delays, the revenue of these tech companies is also likely to be impacted by the virus outbreak. Apple, while announcing its quarterly revenue for Q1 2020, said that the company witnessed double-digit growth in markets like China without revealing the exact numbers.

That margin is likely to be reduced in Q2 2020. “While our sales within the Wuhan area itself are small, retail traffic has also been impacted outside of this area, across the country in the last few days,” Apple CEO Tim Cook said in a statement while announcing that it was closing one of its retail stores in China.

All other tech companies are expected to be hit by a similar trend. While a few days of low production and sales should not immensely pull-down yearly revenue predictions, at this point in time there is no knowing how long the viral outbreak is going to be a threat and also, how far will it spread.