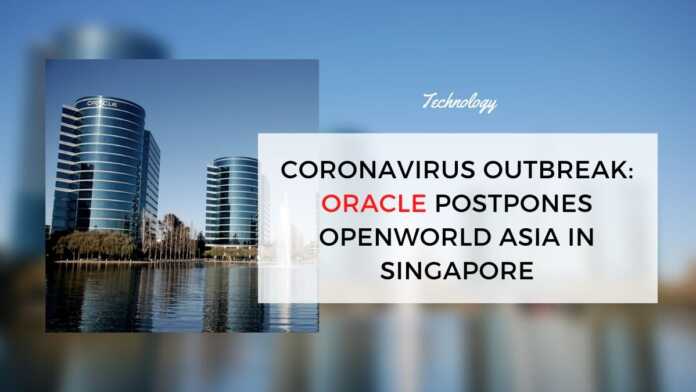 Cloud major Oracle on Tuesday announced it is postponing the flagship OpenWorld Asia, currently scheduled for April 2020 in Singapore, owing to the new coronavirus(COVID-19) concerns.

“In the light of the ‘COVID-19’ outbreak and the recent pronouncement of a public health emergency by the World Health Organisation, we are postponing Oracle OpenWorld Asia,” the company said in an email.

Oracle joins the growing list of tech companies who have either canceled or postponed their conferences and meetings recently.

Google has canceled it’s ‘Global News Initiative’ summit in northern California in April while Facebook has called off its flagship F8 developer conference in May.

Microsoft has canceled its ‘IoT in Action’ conference in Melbourne while Intel has also canceled briefing sessions for its flagship conference.

In mid-February, Cisco canceled its flagship Cisco Live conference in Melbourne and later in the month, Salesforce canceled its physical regional World Tour event for Sydney.

Meanwhile, Amazon has confirmed that two of its employees have been infected with the new coronavirus (COVID-19) in Italy.

Amazon spokesperson Drew Herdener said that the company was “supporting the affected employees, who were in Milan and are now in quarantine”.

A Google employee in Switzerland was tested positive for COVID-19 last week at its office in Zurich, Switzerland.

Amazon has halted all non-essential travel, including trips within the US.

The company also told employees to refrain from scheduling meetings that required flights until at least the end of April.

Twitter said that it would also restrict all non-essential business travel for its employees and partners.

“We have continued to monitor the situation closely and are adjusting our internal policies to respond to this rapidly-evolving situation. On February 29, we informed our people and started notifying partners that we are suspending all non-critical business travel and events,” the micro-blogging platform said in a statement.