Amid the threat of the novel coronavirus, China has asked Tesla to temporarily shut down its Shanghai factory. This move may impact the profitability of Tesla in the first quarter of 2020. 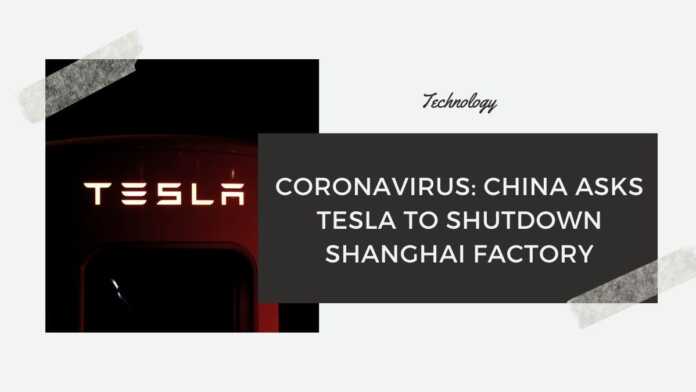 Amid the threat of the novel coronavirus, China has asked Tesla to temporarily shut down its Shanghai factory which may impact the profitability of the Elon Musk-led electric car company in the first quarter of 2020.

In a call with investors, the executives announced that the shutdown of the Shanghai factory will delay the company’s production of the Model 3 there, The Verge reported on Wednesday.

Tesla is one of the many firms impacted by the Chinese government’s order, asking facilities to remain closed until February 9.

“At this point, we’re expecting a one to a one-and-a-half week delay in the ramp of Shanghai built Model 3s due to a government required factory shutdown,” Tesla finance chief Zach Kirkhorn was quoted as saying on the call.

The electric car maker started delivering the first vehicles produced at its Shanghai factory at the end of last year.

Tesla started production in China with the hope of capturing a pie in the country’s growing market for electric vehicles.

But the outbreak of the new coronavirus may impact some of its plans even though Tesla reported $24.6 billion in revenue in 2019 on the back of a fourth-quarter revenue figure of about $7.4 billion.

In the fourth quarter of 2019, the company reported a $105 million profit, finishing the year with back-to-back profitable quarters.

The new coronavirus, which originated in China, has also affected several other companies, including Google, which on Wednesday announced a temporary shutdown of its all China offices, said the report.