A recent report suggests that the newer iPad Pro model was slated to be launched in March. However, the coronavirus outbreak has thrown this process out of gear. 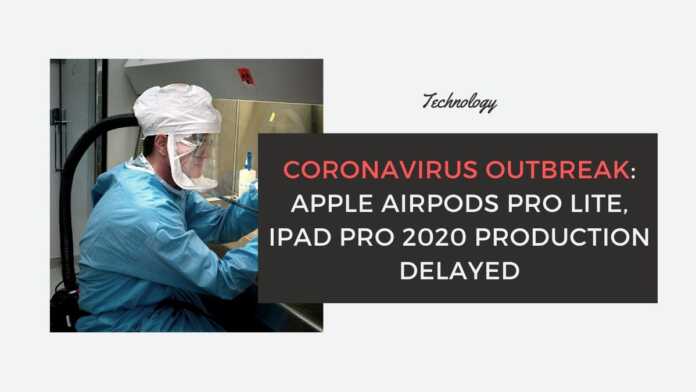 Much of the discussion around Apple and Coronavirus has been around the availability of fewer iPhones around the globe. But as it turns out, iPhones are not the online Apple devices that seem to have been hit by the recent pandemic.

A new report, apart from the Apple iPhones, two of the companies unreleased gadgets too might have been hit by the coronavirus outbreak.

Sources told DigiTimes that Apple’s AirPods Pro Lite, that are expected to offer similar features as offered by the AirPods Pro but at a trickled down the price, are unlikely to go into production in the second quarter of 2020 as planned due to the coronavirus outbreak.

The other Apple device that is expected to meet a similar fate is the iPad Pro 2020. The report states that the newer iPad Pro model was slated to be launched in March.

Suppliers had reportedly started the production of the devices’ components ahead of the Lunar New Year holiday. However, the coronavirus outbreak has thrown this process out of gear.

The iPad Pro 2020 is expected to be powered by A13X chipset and come with the triple rear camera setup. The tablet is expected to feature an overall style that is similar to the 2018 iPad Pro and be available in 12.9-inch and 11-inch screen variants.

Separately, Apple on Monday said that it won’t be able to meet its sales targets for the June quarter. “Manufacturing facilities in China that produce Apple’s iPhone and other electronics have begun to reopen, but they are ramping up more slowly than expected,” Apple said in a statement. This means that fewer iPhones will be available for sale around the world.