100+ Cool Gamertags – How To Create A Unique Gamer Tag

These Gamertags will help you remember as a great player no matter whether you win or lose. 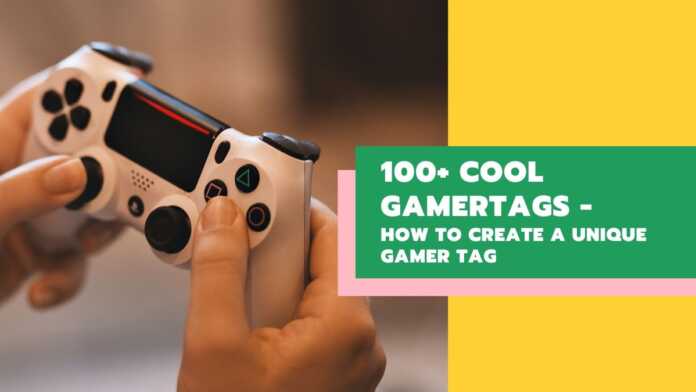 Cool Gamertags: Gamertag is a unique way to represent your game character, especially in online multiplayer games. To be remembered as a great player no matter whether you win or lose, you will need cool Gamertags.

Gamertags also go by many names like usernames, gaming names, and nicknames for games. These game usernames are usually a combination of words, numbers, and other characters. Having a cool Gamertag will invoke some respect for you well before your opponent starts to play with you.

As a player, undoubtedly you would want a cool username that is unique and attracts attention from other players. This article will guide you on how to come up with good gamer tags of your own along with a list of cool gamertags to get you started.

How To Create A Unique Gamertag

Creating a cool Gamertag idea can come from a wide variety of areas. So you need to first ask yourself what restrictions there are depending on the system/game/console you are playing on.

After getting the details about the above questions head on to thinking about a cool Gamertag.

Creating a Gamertag using your name is probably the easiest way but it’s not the best way. To give your username a unique touch play with the words that are present in your name.

You can select your first, middle, or last name. Alternatively, if you have a nickname, consider using it as your username. Further, you can add other words such as places, and colors to your name.

For example, James can become JamesRedFace or JamesTheHunter. Combining two names with different characters is also a popular way of coming up with a cool gamer tag.

Intimidating names tend to frighten other players, and this could increase your competitiveness. Further, it can be used to communicate with other players that you are to be feared.

When you compete with users who bear such names, opponents tend to feel intimidated. Since the name catches the attention of many users, it helps one get rated as a competitive player. However, avoid using any hate words as they are generally against the set rules and regulations of most of the games.

3. Go With A Different Language

Going with a different language can make your Gamertag stand out in the crowd. Mix two languages in one tag to make it more unique. It helps in coming up with words that most users have never heard of before.

The word might not have any meaning, but the pronunciation can be attractive to fans. Such words may rhyme making fans not realize that they are from different tongues. The main objective here is to create a name that is unique and sounds cool.

Here are some of the cool Gamertags which are hugely popular and definitely give you the attention that you are expecting. At the same time, you can modify these usernames to create something completely unique.