The screenshots of the features shared by the company reveal that the Clubhouse Waves button will be provided on users' profiles. 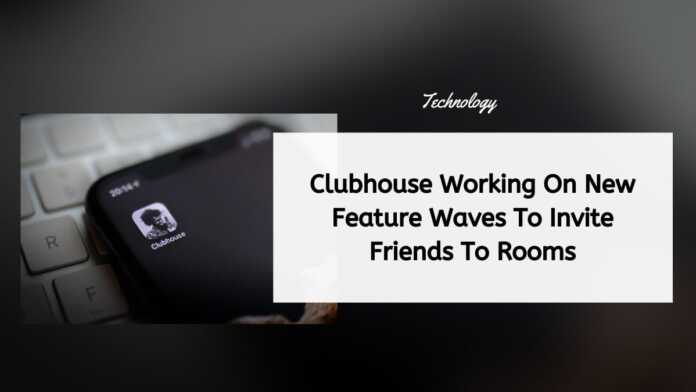 Clubhouse has been one of the fastest-growing social media platforms this year. Clubhouse has gone from being an invite-only audio app on iOS to a full-blown Android app too. To keep up this momentum, the audio-based social media app has also launched several interesting features on its platform. Now, word is that Clubhouse is working on a new feature that will enable its users to invite each other to chat.

Jane Manchun Wong, who is famous for reverse engineering apps to find their upcoming features, has discovered a new feature the Clubhouse-makers are working on. This new feature is called “Waves” and it will enable Clubhouse users to invite their contacts to have an audio conversation on the platform.

Clubhouse is working on Waves,

The screenshots of the features shared by the company reveal that Clubhouse will add a new Waves button on users’ profiles. This Waves button looks quite similar to Clubhouse’s logo. When Clubhouse users tap on it, it will let the friend know that they want to chat.

When the friend responds, the app will only open a room for them to chat. “If people reply we’ll start a room, just for you and the people you waved at,” a dialog box in the Clubhouse says when a user taps on the Waves button.

As far as the availability is concerned, there is no word on when Clubhouse’s Waves feature will be available within Clubhouse’s Android and iOS-based apps.

The report about the development of Clubhouse’s new feature comes shortly after the company rolled out a new audio feature called spatial audio on its platform. This new feature makes the voices sound as if they are coming from different directions, which gives a more holistic impact of the sound while making the conversations feel more life-like.