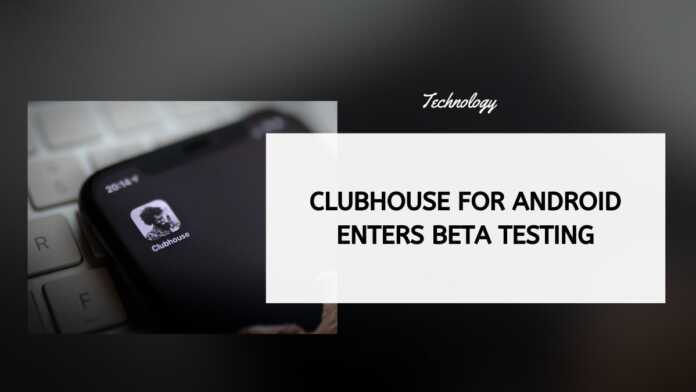 Clubhouse has become quite popular in recent months. Despite being an iOS-only application, the platform has gained a significant user base. The company is also working on an Android version, which may help acquire more users instantly.

So far, the company has confirmed an imminent launch of the app but has not shared any timeline. A new update from Clubhouse indicates the Android version is getting closer to the launch. Clubhouse in a new post said that it had begun testing the beta version with a select group of users.

“Android is not yet live, but we started rolling a rough beta version out to a handful of friendly testers. If you hear someone saying they are using Clubhouse on the official Android app, please give them a warm welcome! We cannot wait to welcome more Android users to Clubhouse over the coming weeks,” it said in a post.

As said earlier, an Android version will help Clubhouse reach a much larger userbase. Already, the company is facing competition from the likes of Twitter (Spaces) and Facebook. Reddit too joined the race with Reddit Talk. Even LinkedIn is working on an audio-driven platform.

Clubhouse, a one-year-old startup, recently raised a Series C funding round led by Andreesen Horowitz. DST Global, Tiger Global Management, and investor Elad Gil also participated in the round. According to a Bloomberg report, Clubhouse is valued at about $4 billion.

“While we’ve quadrupled the size of our team this year, stabilized our infrastructure, launched Payments in beta to help creators monetize, and readied Android for launch, there is so much more to do as we work to bring Clubhouse to more people around the world. It’s no secret that our servers have struggled a bit these past few months and that our growth has outpaced the early discovery algorithms our small team originally built,” the company had said in a blog post.