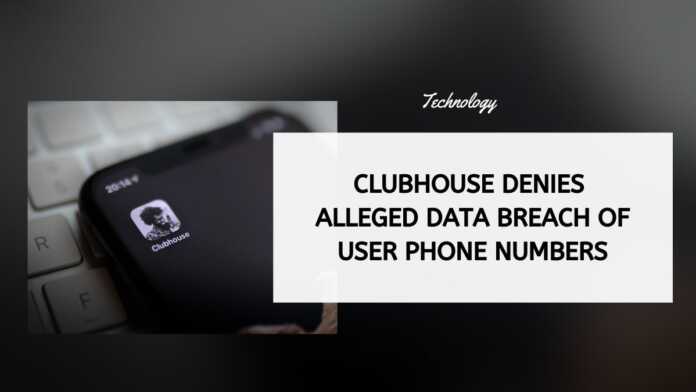 Days after Clubhouse opened up the app to the general public without invites, allegations emerged on Saturday that the service had suffered a data breach and contact information including 3.8 billion numbers (that were synced with the service) was being sold on the dark web.

However, after examining the claims, security experts have now stated that the claims of a data breach seem highly unlikely. Meanwhile, Clubhouse has also issued a statement denying the occurrence of the alleged breach.

Earlier on Saturday, cybersecurity researcher Marc Reuf tweeted an image of a post on the dark web claiming that a ‘secret’ database from the company was available for sale on the dark web.

It claims that the social audio service collects phone numbers from contact lists, which are synced to the company’s servers. The uploader claims they will hold an auction for the data, but only in September.

“There are a series of bots generating billions of random phone numbers,” Clubhouse’s spokesperson told IANS. “In the event that one of these random numbers happens to exist on our platform due to mathematical coincidence, Clubhouse’s API returns no user identifiable information,” it added.