Clubhouse CEO Says The Platform Was Not Hacked

Clubhouse CEO Paul Davison said that the report of the platform getting hacked was misleading and false. 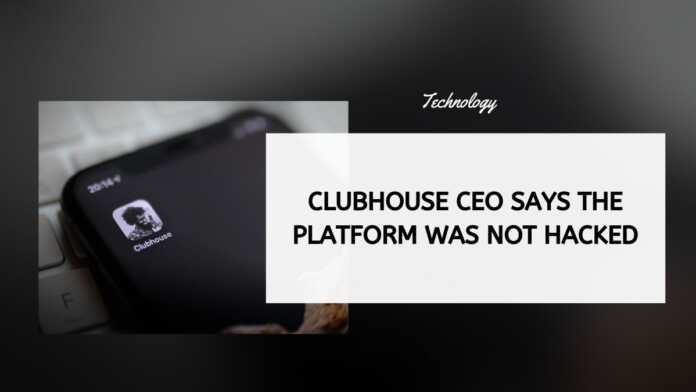 Clubhouse CEO Paul Davison has turned down the report that claimed the personal data of the audio-based chat app had leaked.

“No, This is misleading and false, it is a clickbait article, we were not hacked. The data referred to was all public profile information from our app. So the answer to that is a definitive ‘no’”, he told The Verge.

Earlier, Cyber News reported that an SQL database containing personal data of over 1 million Clubhouse users had leaked online. The alleged data included information, such as user ID, photo URL, Twitter handle, number of followers, and other details. The data, however, did not contain sensitive information such as credit card details or legal documents.

Not seeing any private info in this “leaked data” of Clubhouse

The user IDs are numerical. So it just seems like someone scraped the data by hitting Clubhouse’s private API, iterating from user ID 1 to beyond https://t.co/MBWG46JmCB

Interestingly, the same website had reported that the personal data of about 500 million LinkedIn users was scraped and leaked online. LinkedIn, however, maintained it did not face any data breach.

The company said it was not a breach but “actually an aggregation of data from a number of websites and companies. It does include publicly viewable member profile data that appears to have been scraped from LinkedIn.”

Clubhouse is increasingly becoming popular among users even though it is an invite-only app and exclusive to iOS so far. Its popularity has also prompted the technology giants such as Facebook and Twitter to introduce their versions.