Clubhouse Android App Goes Past 1 Million Users In One week

Clubhouse has also promised to make the Android version up to speed with iOS. 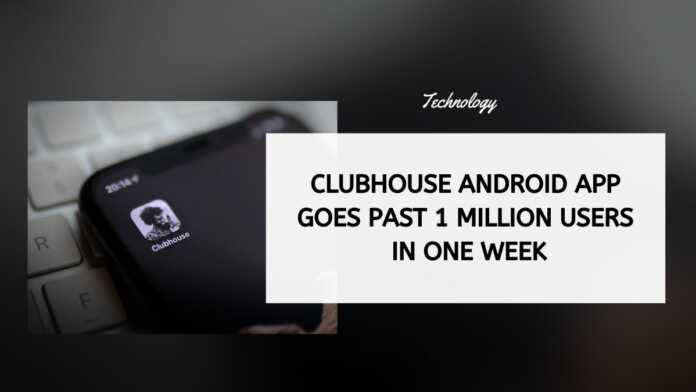 Clubhouse, the popular audio chat platform, has registered over one million users in a week on Android. The platform recently rolled out for Android users in most of the markets. Before this, Clubhouse remained exclusive to iOS.

Clubhouse announced the progress at its Townhall held on Sunday, reports TechRadar. The company said it would make efforts to make the Android version on par with its iOS counterpart.

According to reports, several Clubhouse users on Android had complained about broken features. Some users also took it to the review section on Google Play Store to complain about the issues, such as not receiving verification codes.

“We are working really hard to get the feature parity in the Android version similar to that of the iOS. It is very important to us that the app has the same set of features,” Paul Davidson, co-founder of the platform, is quoted as saying.

Clubhouse’s Android version is likely to give the viral audio app a new lease of life. The rollout will also help Clubhouse better compete with several tech firms which are working on or have already launched their audio service.

For instance, Twitter has already expanded Spaces to Android. Facebook’s Clubhouse rival has already gone into public testing. Microsoft’s LinkedIn and others are also likely to introduce their versions very soon.