There so much confusion on this one plant. Let's find out why? 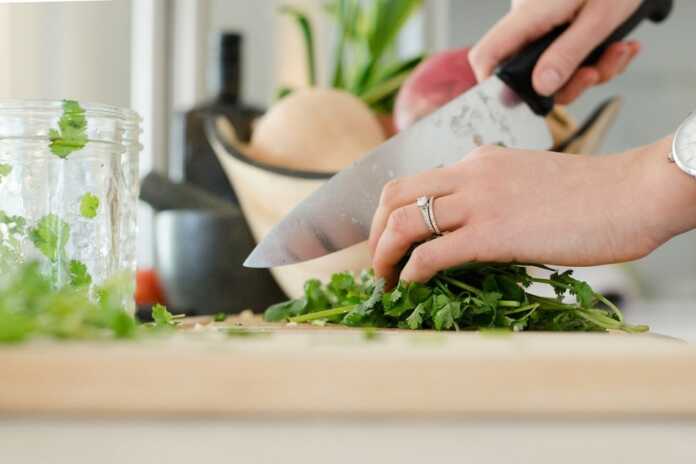 It is the leaves and stems of the coriander plant and when the plant blossoms and turns seed, the seeds are called coriander seeds. Cilantro is also the Spanish word for coriander. Fresh cilantro is popular in many Asian and Mexican dishes.

While in the United States you can find fresh cilantro chopped up in a salad, or sprinkled on top of pretty much anything, in most of the rest of the English-speaking countries, an herb called Chinese Parsley or Coriander adds the same taste to popular Asian dishes like soups and curries. At most grocery stores it will be labeled as cilantro or coriander leaves.

For most of us, these two ingredients have always appeared to add the same fresh, citrusy flavor to anything they are thrown into. So why do they have separate names?

Many people either love cilantro or dislike it. Those who dislike it find the flavor soapy, acrid or pungent. If you love it, the flavor is aromatic and citrusy with a slight peppery tone.
Use cilantro in dishes like salsa, spreads, pasta and noodles and more.

It’s best to add the chopped leaves at the last or at the end of cooking. Once you’ve used all the leaves with stems, don’t throw the bottom stems. You can finely mince them, too, or use them in marinades, brines or poaching liquid. Fresh cilantro root is also edible which is used in many Thai dishes.

The only bummer with cilantro is that it doesn’t stay fresh for a very long period. It’s best to store a bunch, place them, stem side down in a mason jar with about two inches of water. Loosely cover the leaves with plastic wrap. It will keep about 5 days.

Coriander seeds are like tiny circular beads with ridges. They are used whole in pickling recipes or crushed and used in many other recipes including curries, rice dishes, and soups. Coriander flavor tends more toward the warm spice category like cinnamon with nutty nuances. To intensify the flavor of coriander seeds, toast the seeds first. Place the seeds in a dry pan and heat over medium heat until they become fragrant.

It’s worth noting that fresh cilantro is 92.2% water while coriander seeds are only 8.9% water. This is a major reason why cilantro has lower levels of minerals by weight, as the water in cilantro contains no minerals or calories as they come from the same plant, cilantro and coriander have separate nutrient profiles.

Cilantro has greater levels of vitamins, such as vitamins A, K, and E, while coriander is more abundant in minerals like manganese, iron, magnesium, and calcium. 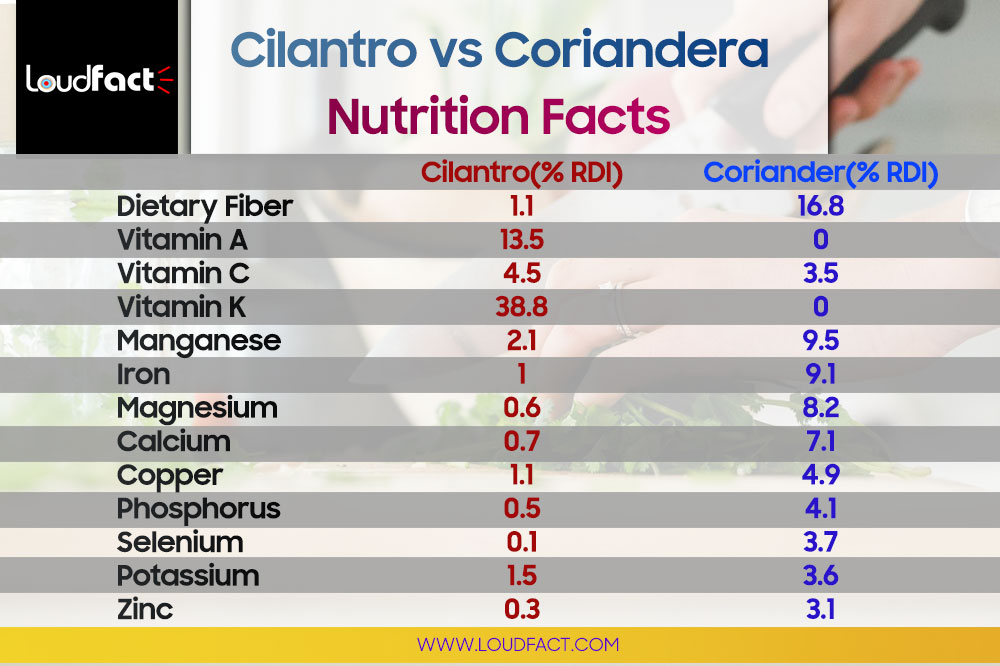 Both cilantro and coriander are packed with particles called antioxidants. Antioxidants help to reduce inflammation in the body by binding to and suppressing inflammation-promoting molecules known as free radicals. Certain studies found that the antioxidants in a cilantro extract helped fight skin aging.

Skin aging is often accelerated by free-radical damage. A test-tube study found that the antioxidants in a coriander seed reduced inflammation and restrained the growth of cancer cells from the stomach, prostate, colon, breast, and lungs.

As per the facts, a coriander seed extract significantly reduced blood pressure. In addition, it encouraged the animals to discharge more water and salt through urine, which further helped reduce blood pressure.

Both cilantro and coriander seeds may help conquer blood sugar levels. They’re believed to do this by increasing the activity levels of enzymes that help eliminate sugar from the blood.

In one animal study, experts found that animals that received coriander seeds had significantly less sugar in their bloodstreams. In another animal research, cilantro leaves were shown to be nearly as effective as a diabetes medication at reducing blood sugar levels.

Studies have found that the antimicrobial and antibacterial properties of both cilantro and coriander may help them fight against infections. One study revealed that compounds from fresh cilantro leaves helped fight foodborne infections by killing bacteria such as Salmonella enterica.

The different qualities of cilantro and coriander have led people to use them differently in recipes.
Here are some dishes that contain Cilantro:

Fresh cilantro is mostly added moments before serving since heat can quickly reduce its flavor.
Here are some dishes that contain Coriander: