The experience would be different from the Adaptive Charging feature available on Pixel phones. 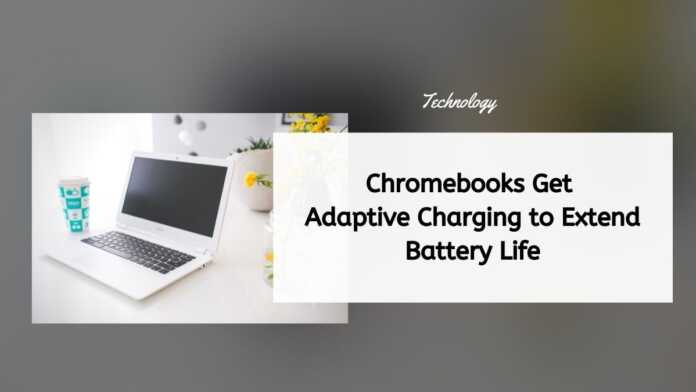 Chrome OS is getting a native Adaptive Charging feature that would help Chromebook users by extending the battery life of their devices. Although Google has not yet revealed the feature, it has been spotted in development through a newly posted code change announcement by the Chrome OS team.

Initially, Adaptive Charging was introduced by Google for its Pixel phones. The experience was updated and became more refined for Pixel phone users through the recent Android 12 release. Other Android manufacturers have also offered a similar charging optimization for their phones.

As spotted by 9to5Google, Google has listed Adaptive Charging as a new feature in development for Chrome OS. The feature will be different from the Adaptive Charging available on Pixel phones that were initially released in December 2020.

It will help reduce the number of time Chromebooks spend with their batteries at 100 percent charge, the early details available from the code suggest.

The Android version of Adaptive Charging is meant to “slow” charge Pixel phones when plugged in overnight to preserve their battery life.

However, the use cases with Chromebooks are different when compared with phones. The feature on Chrome OS will, therefore, use on-device machine learning to understand the usage patterns and decide a particular charging speed accordingly.

This will, the code indicates, not let the Chromebook delay the charging process altogether but to keep it in a way that it will have the least impact on battery’s longevity.

Google may also provide notification alerts to inform users when the Adaptive Charging feature is enabled, the code suggests. An option to disable the feature may also be provided.

Exact timeline on when Adaptive Charging will be available on Chrome OS is yet to be announced. It is also currently not clear whether the feature will be limited to new Chromebooks or also available on the existing models through a software update.

If we look at the phone-focussed Adaptive Charging that is so far exclusive to Pixel phones, Google might provide the feature only to its Pixelbook series initially.

That said, battery ageing is becoming a pain for not just users but also for manufacturers as they either need to have spare batteries in stock or give users trade-in options for their devices.

The extended use of mobile devices and PCs are making things worse for both consumers and manufacturers. Software makers including Google are, thus, trying to resolve the issue by tweaking their operating system to provide some level of optimisation from their end.