Chrome OS 88 Turns Your Chromebook Into A Smart Display

Google has also rolled out a feature that lets them sign in to websites with the PIN or fingerprint that they have set up to unlock their Chromebook. 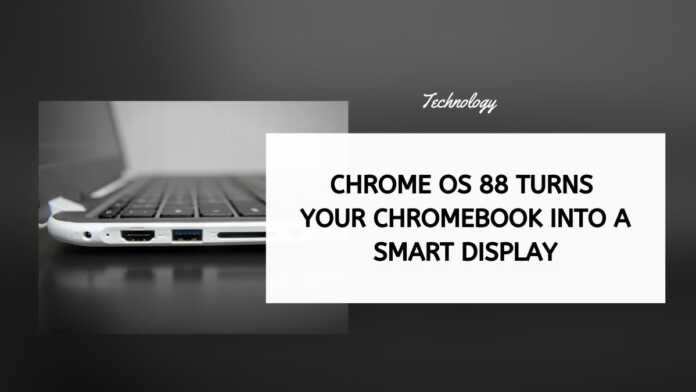 Google released the latest version of the Chrome operating system on Chromebook laptops. This new update called Chrome OS 88 brings several new features to the laptop’s interface. One of these features turns Chromebook’s display into a smart display.

The new feature included in Chrome OS 88 is called screen-saver and it lets users transform their Chromebook’s lock screen into a personalized smart display.

Users can show off their favorite photo album from Google Photos or pick from hundreds of art gallery images. They can use their lock screens to check information like the current weather and what music is playing. In addition to that, they will also be able to pause a track or skip songs without unlocking their devices.

To use this feature all users need to do is go to the Chrome OS Settings and select Personalization > Screen saver to turn it on now.

Google has also rolled out a feature that lets them sign in to websites with the PIN or fingerprint that they have set up to unlock their Chromebook with the company’s new Web Authentication (WebAuthn) feature.

Google says that websites that support WebAuthn will let users use their Chromebook PIN or fingerprint ID instead of the password that they have set for the website. Plus if they use 2-Step verification to sign-in, their Chromebook PIN or fingerprint ID can be used as the second factor, so that they no longer need to pull out their security key or phone to authenticate.