Chrome OS 87 Update Rolls Out With Some New Features 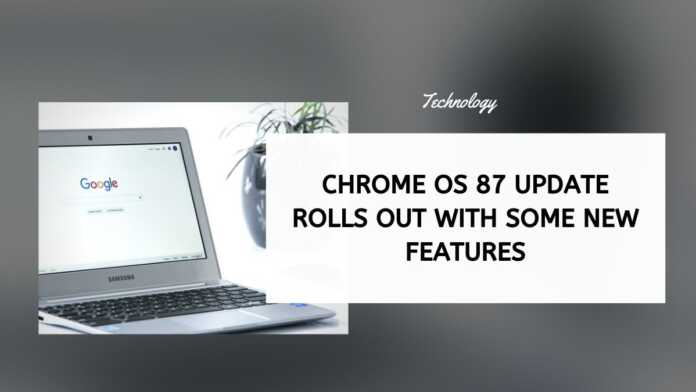 Google has begun rolling out Chrome OS 87 update for its users. The latest OS update brings tab search feature. Further, Chrome OS 87 (v87.0.4280.88) brings several bug fixes and security updates. Google said that systems would be getting updates over the next several days.

The tab search feature can be accessed through the circular button on the top-right corner. You can also access the feature by pressing CTRL+Shift+A.

As the name suggests, the feature allows users to search for a specific tab regardless of the number of windows opened. The feature was recently part of the update to the Windows version of the browser.

Chrome OS 87 also comes with a much-needed improvement for connected accessories. With the latest update, users can now see the Bluetooth battery levels of these accessories. The feature is available in Settings as well as Quick Settings.

Google has released as many as 36 new backgrounds with the Chrome OS 87. 9to5Google reports these backgrounds have been developed by four different artists. Google in its post said that it has also improved the Chromebook on-screen keyboard for a stylus.

“This makes the on-screen keyboard better at recognizing different types of handwriting and annotations. So when you finish your next masterpiece and want to email it to a friend, you can do it all without putting down your stylus,” Google added.