The company said the security patch will be available to the users on Google’s Play Store over the coming few weeks. 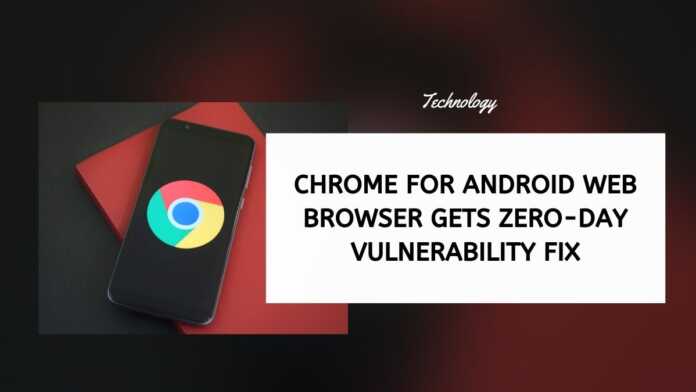 Google has released a new security update for the Chrome for Android web browser that fixes a critical zero-day vulnerability that is being exploited in the wild.

The company has released Chrome 86 version 86.0.4240.185 for Android with fixes for vulnerability listed as CVE-2020-16010, which entails heap buffer overflow in the user interface component of Chrome for Android.

Google said that the security vulnerability allowed hackers to bypass Chrome security sandbox for Android and run their malicious code on the operating system.

Today Chrome fixed two more vulnerabilities that were being actively exploited in the wild (discovered by Project Zero/Google TAG last week). CVE-2020-16009 is a v8 bug used for remote code execution, CVE-2020-16010 is a Chrome sandbox escape for Android. https://t.co/IOhFwT0Wx1

Earlier this week, the company rolled out a security update for the desktop version of its Chrome web browser that fixed a vulnerability titled CVE-2020-16009, which entailed a remote code execution in the Chrome V8 JavaScript engine.