Chrome For Android Now Preview Page Before Opening It

A new feature on Chrome for Android lets users preview a page before fully opening it. 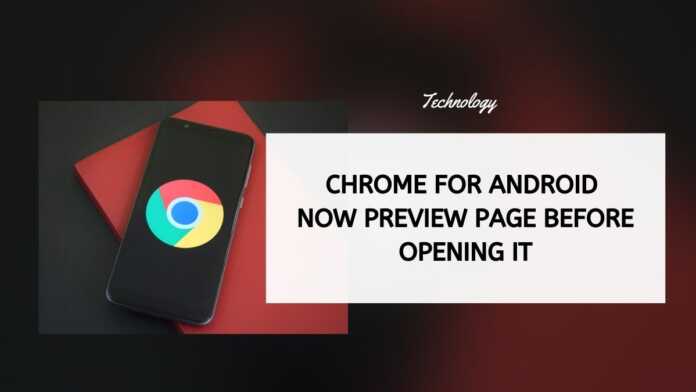 Google has been working on this feature for over two years, according to a report by 9to5Google. It’s finally ready and available for Android users.

The new feature adds a “Preview page” option in the context menu that appears when long-pressing links on Chrome. In the list of options displayed, you’ll see “Preview page” as the third option. Tapping on that will display a part of the page that covers almost the entire screen.

Based on the screenshot shared by 9to5Google, the headline, web summary, and picture of the article is visible on the preview page. In addition to this, there’s also a toolbar on the top with the site’s favicon, page name and domain, and a button to fully open the page.

You can close this by tapping on the ‘x’ button on the top-right corner of the page. You can also swipe down to close the page.

This feature comes shortly after Google introduced tab groups to Chrome on Android. Available on iOS for quite some time, this feature brings a new way of viewing tabs on Chrome.

Tabs are now grouped giving users a better view of the page as opposed to the previous way of having to open the tab to see the page. Tabs are arranged in a grid view, and by making use of the entire screen.