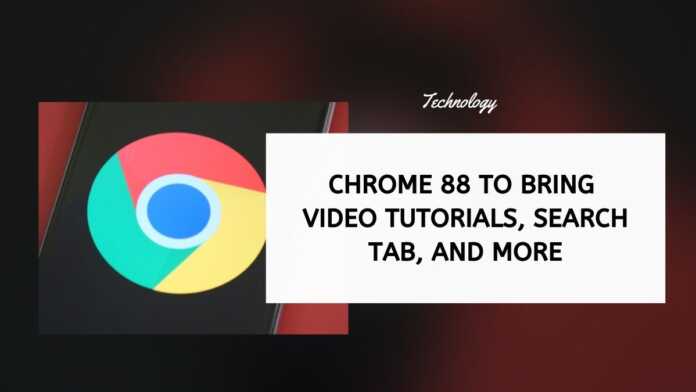 Google is now focusing on the next iteration of Chrome after the v87 roll out and v88 has now hit the Beta channel. As expected, Google Chrome 88 beta has many new features. Some of these features have already been detailed.

Chrome 88 comes with a new flag called #video-tutorials, reports AndroidPolice. As the name implies, the feature essentially brings a card for tutorial videos on the new tab page.

The tutorial videos allow users to learn basic things about the browser and how to effectively use them. The videos also have a share icon to help users share videos with their friends.

Another new feature is search tabs. On the desktop, the browser has a new drop-down button to search for tabs. You can also access the tab search button through a keyboard shortcut – CTRL+Shift+A.

“Google’s Legacy Browser Support extension, which allowed IT managers to set rules for opening other browsers automatically when certain pages are loaded, is no longer supported as of Chrome 88. Most of the extension’s functionality is now built into Chrome directly,” says the report.

Some of the other changes are darker scrollbars and form elements once the dark mode is enabled. A new #permission-predictions flag helps switch to a less-intrusive interface for page permissions.