Huawei took out full-page ads in British national newspapers outlining its commitment to providing mobile and broadband companies with equipment for 5G. 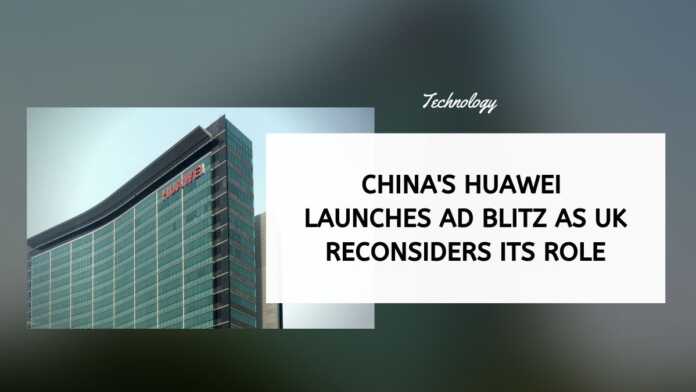 Huawei has launched an advertising campaign in Britain as officials reconsider the Chinese technology company’s role in supplying equipment for the country’s next-generation high-speed mobile networks.

The company took out full-page ads in British national newspapers outlining its commitment to providing mobile and broadband companies with equipment for fifth-generation networks, even though “some now question our role in helping Britain lead the way in 5G.”

Huawei is stepping up its efforts to win over public opinion as it faces increasing pressure from a US-led campaign aimed at persuading allies to shun its telecom equipment over fears that Beijing could use it for spying or sabotage — a charge the company has consistently denied.

Huawei was granted a limited role in January to build the UK’s new high-speed 5G networks. However, last week the UK’s National Cyber Security Centre began a review to examine the impact new US sanctions against Huawei could have on the country’s networks, officials said.

The US restrictions on foreign semiconductor makers unveiled last month are aimed at limiting Huawei’s ability to use American technology, escalating a geopolitical battle between Washington and Beijing over industry development and security.

The sanctions “will definitely damage the global supply chain of the semiconductor industry, which lots of industries rely on,” though it’s too soon to draw a conclusion about the impact, Huawei Vice President Victor Zhang told reporters on a conference call.