China Gets The Fastest Supercomputers In The World

China beats the US and gets 2 lightning-fast supercomputers. One of them, Zuchongchi 2.1, operates at a speed that is 10 million times faster than any other supercomputer. 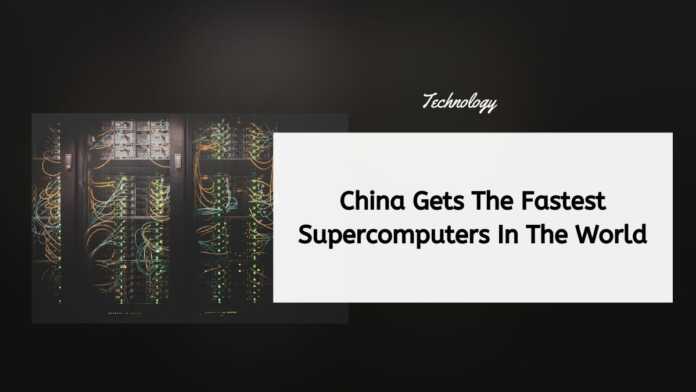 Countries all over the world are working on powerful new supercomputers to get ahead in the race to get the most powerful computers. Now, reportedly, China has managed to gain a big advantage over its rival, with two new powerful supercomputers that leave the competition in the dust, including the US.

Two new supercomputers, Zuchongzhi 2.1 and Jiuzhang 2.0 have allowed China to leap over its rivals and gain a quantum advantage in the race to build the most powerful quantum computers.

These computers are different from traditional computers as they do not manipulate ones and zeros (or bits), instead, using quantum bits (or qubits) which can represent a one, a zero and both one and zero at the same time.

According to a recent report by Global Times, these quantum computers were built by University of Science and Technology of China (USTC) researchers and will help the country gain advantage in superconducting quantum computing and photonic quantum computing. Here’s how both these supercomputers compare to their rivals in the world.

The first of the new quantum supercomputers is the Zuchongchi 2.1, which is a 66-qubit programmable superconducting quantum computer.

It can perform calculations that are a hundred times more complex than Google’s Sycamore supercomputer can handle while operating at 10 million times the speed of the world’s fastest supercomputer. This firmly cements the Zuchongchi 2.1’s position as the fastest quantum computer in the world.

Similarly, the Jiuzhang 2.0 which is currently in prototype form, has 113 detected photons that give it an advantage over the first Jiuzhang supercomputer which boasted 76.

The upgraded version allows the photonic quantum computer to perform the Gaussian Boson Sampling up to one septillion times faster than the fastest supercomputer today.