Earlier, within 24 hours of its launch, the game pulled in six million players, much more than the previous 2.5 million-player record held by Apex Legends. 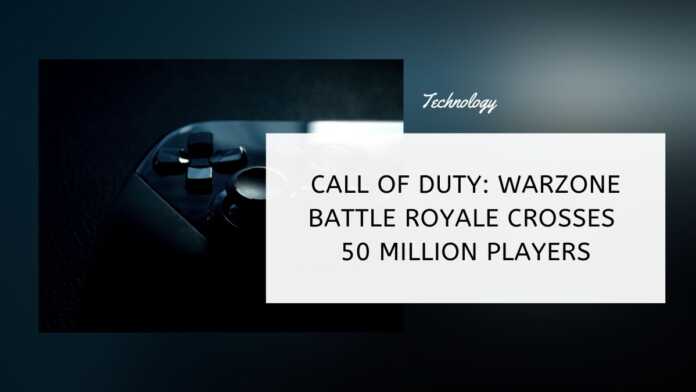 The 50 million-milestone makes Warzone one of the fastest-growing Battle Royale titles in gaming.

Earlier, within 24 hours of its launch, the game pulled in six million players, much more than the previous 2.5 million-player record held by Apex Legends. It then reached 15 million players within three days of its release and ten days to reach 30 million.

The number has been impacted due to work-from-home policies as people stay indoors during the novel coronavirus pandemic.

The company has announced the arrival of a solo mode to its battle royale shooter Call of Duty: Warzone. It is available for free on PC, PS4 and Xbox One.

Meanwhile, Fortnite and Apex Legends has the usual 100 per match. Apex Legends also introduced a limited time solo mode, but it is currently unavailable.