From Firestarter to The Lucky One, here are some of the best Zac Efron movies to watch. 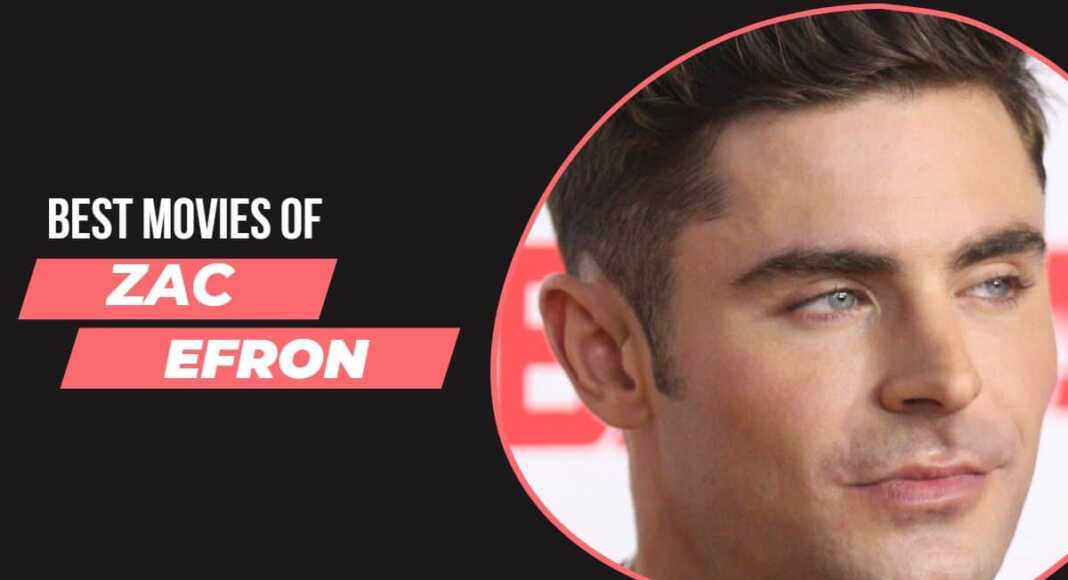 Best Zac Efron Movies: Zachary David Alexander Efron is an American actor. He began acting professionally in the early 2000s and rose to prominence in the late 2000s for his leading role as Troy Bolton in the High School Musical trilogy (2006–2008). In 2021, he won a Daytime Emmy Award for the Netflix web documentary series Down to Earth with Zac Efron (2020–present).

Neighbors is a 2014 American comedy film directed by Nicholas Stoller and written by Andrew J. Cohen and Brendan O’Brien. Mac and Kelly’s peaceful suburban life is offset by a fraternity house next door, which is inhabited by constantly partying college students who refuse to be quiet no matter how hard the couple try.

The Greatest Showman is a 2017 American biographical musical drama film directed by Michael Gracey in his directorial debut, written by Jenny Bicks and Bill Condon. P T Barnum becomes a worldwide sensation in the show business. His imagination and innovative ideas take him to the top of his game.

Baywatch is a 2017 American action comedy film directed by Seth Gordon, with a screenplay by Mark Swift and Damian Shannon, from a story by Jay Scherick, David Ronn, Thomas Lennon, and Robert Ben Garant.

Lifeguard Mitch Buchannon and his team discover a drug racket involving businesswoman Victoria Leeds and decide to unearth the truth and bring the perpetrators to justice.

17 Again is a 2009 American teen fantasy comedy film directed by Burr Steers. The film follows a 37-year-old man named Mike (Matthew Perry) who becomes his 17-year-old self (Zac Efron) after a chance accident.

Mike is unhappy with the way his life has turned out and wishes he could be 17 again to change it. One day, he wakes up to find that his wish has been granted.

Dirty Grandpa is a 2016 American comedy film about a lawyer who drives his grandfather to Florida during spring break. The film was directed by Dan Mazer and written by John Phillips. After his wife’s demise, Dick tricks his grandson, Jason, to drive him to Florida. Unaware of Dick’s intentions, Jason finds himself in a series of misadventures.

Mike and Dave Need Wedding Dates is a 2016 American romantic comedy film directed by Jake Szymanski and written by Andrew Jay Cohen and Brendan O’Brien. Two brothers, Mike and Dave, post an online advertisement in the hope of finding dates and bringing them to their sister’s wedding in Hawaii. But they end up being outplayed by their new partners.

That Awkward Moment is a 2014 American bromantic comedy-drama film written and directed by Tom Gormican in his directorial debut. Friends Jason, Daniel and Mikey decide to live a carefree life and avoid commitments. However, each of them indulges in a serious relationship and tries to hide it from the other two.

The Lucky One is a 2012 American romantic drama film directed by Scott Hicks and released in April 2012. It is an adaptation of Nicholas Sparks’ 2008 novel of the same name. After returning from the Iraq war, a lonely and dejected Marine tries to track down a woman who he believed was his lucky charm. While staying with her family, he finally finds peace.

Neighbors 2: Sorority Rising is a 2016 American comedy film directed by Nicholas Stoller and written by Stoller, Andrew J. Cohen, Brendan O’Brien, Seth Rogen and Evan Goldberg. As parents Mac and Kelly think they can live peacefully again, a sorority moves into their neighbourhood and creates a disturbance. They ask a former fraternity member to help drive them away.

Firestarter is a 2022 American science fiction horror film directed by Keith Thomas, from a screenplay by Scott Teems, based on the novel of the same name by Stephen King and serving as a remake of the 1984 film adaptation.

A couple desperately try to hide their daughter, Charlie, from a shadowy federal agency that wants to harness her unprecedented gift for turning fire into a weapon of mass destruction. Her father taught her how to defuse her power, but as Charlie turns 11, the fire becomes harder and harder to control. When a mysterious operative finally finds the family, he tries to seize Charlie once and for all – but she has other plans.