Here is our list of Top 10 best Tv shows on Amazon Prime Video along with their IMDB rank. 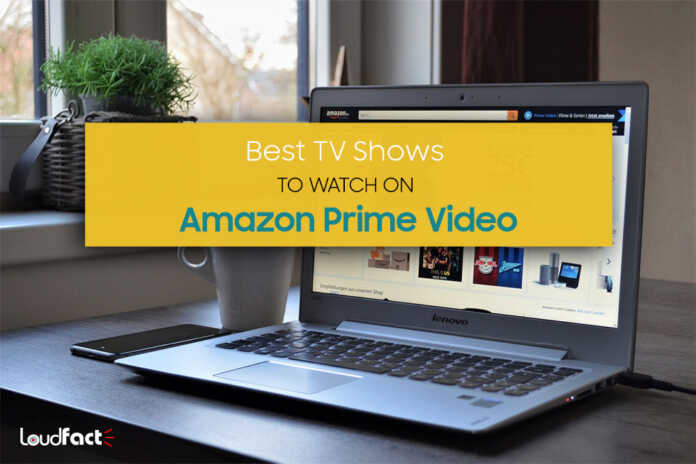 With the introduction of Amazon Prime Video, most people now have an alternative option for Netflix. And what brings the joy that Amazon Prime membership includes various other services like free expedited shipping, free Kindle downloads, and lots of other perks.
With so many excellent series out there, you could literally stream all day long and still have more excellent series to burn through.

So to make it easy for you we have listed 10 best tv shows on amazon prime video right now, and none of these titles are currently available on Netflix.

The Wire studies the Baltimore drug scene from the aspect of the police and the drug dealers, and it humanizes both sides of the war on drugs. With 5 Seasons, The Wire is like a series of novels featuring profoundly flawed, but deeply human characteristics. It’s a unique series that not only entertaining, reflective, and insightful, but also required.

This series follows the life of Tony Soprano (James Gandolfini), as he struggles like so many of us with the work-life balance. His only work is managing a criminal organization and his life involves a complicated, local Italian family. Regardless of it is placed second among the best tv shows to watch on Amazon Prime Video, it is a masterpiece rich with distinction, comedy, ruthlessness, and emotion.

House is super fun medical drama which you will surely enjoy. Hugh Laurie plays the episodic’s anti-hero, an opioid-addicted, thoughtless genius and doctor with a skill for solving unsolvable cases. He’s joined by a rotating team of well-known faces like Olivia Wilde, Jesse Spencer, and Jennifer Morrison. They all starred on the show at some point.

It is a long-running British series that follows the events of a Time Lord and his companion as they travel throughout space and time. It is one of the best tv show that’s difficult not to become fully invested in once you begin. Definitely, it’s a sci-fi show but it includes love, heartbreak and humanity too. Doctor Who is one of those rare shows capable of connecting viewers around the world.

Friday Night Lights grabbed the attention of critics and fans when it premiered on NBC in 2006. The show got much attention because of the on-screen romance of Coach Taylor(Kyle Chandler) and his feisty wife Tami Taylor(Connie Britton), high school relationships, graduation problems, and career-ending injuries.

The Marvelous Mrs. Maisel follows Rachel Brosnahan as she plays Midge Maisel, a Jewish housewife disappointed with her marriage to a cheating, joke-stealing scumbag and ready to break out on her own in the drama world.

7. Star Trek: The Next Generation

Star Trek: The Next Generation had first premiered in the late 80s and it was the first Star Trek installment to air on TV since the original. The crew explored strange, new worlds, often fought with moral consequences, and even saved the universe a few times, of course using the USS Enterprise-D.

Bryan Fuller’s Hannibal is a perfect series to watch the episodes back-to-back evens out some of the slow pacings. It is dark, macabre, and brilliantly creative, and while it has many of the same characters viewers know and appreciate from the movie/book series, it also has an entirely different and unique tone.

Although the universe is smaller than Game of Thrones with fewer characters along with less dense plot but it’s solid. This spectacular drama series gets progressively better over the course of the series. With frequent battles and crunching violence, It’s entertaining to watch.

The Americans follow two Russian spies Keri Russell and Mathew Rhys posing as a married couple living in America. The real pull in this show is the relationship drama between both the married spies which makes it unique in “Best TV Shows To Watch On Amazon Prime”. The series has sadly finally reached its end, but that means there’s no better time to start binge-watching The Americans than now.