From Deadpool to Free Guy, here are some of the best Ryan Reynolds movies to watch this weekend. 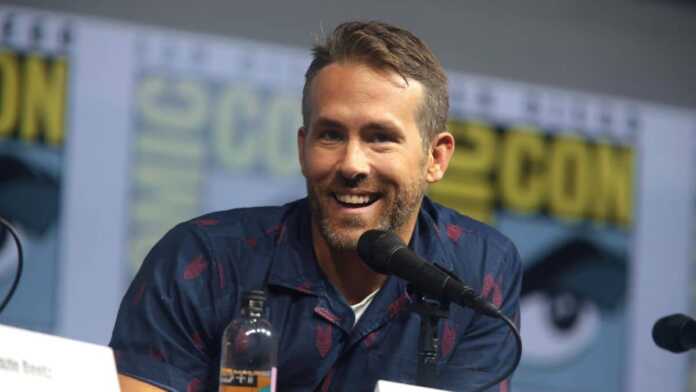 Deadpool is a 2016 American superhero film based on the Marvel Comics character of the same name. Distributed by 20th Century Fox, it is a spin-off in the X-Men film series and the eighth installment overall.

Wade Wilson (ryan reynolss) is a former Special Forces operative who now works as a mercenary. His world comes crashing down when evil scientist Ajax (Ed Skrein) tortures, disfigures and transforms him into Deadpool.

The rogue experiment leaves Deadpool with accelerated healing powers and a twisted sense of humor. With help from mutant allies Colossus and Negasonic Teenage Warhead (Brianna Hildebrand), Deadpool uses his new skills to hunt down the man who nearly destroyed his life.

Free Guy is a 2021 American action-comedy film directed and produced by Shawn Levy from a screenplay by Matt Lieberman and Zak Penn, and a story by Lieberman.

It tells the story of a bank teller who discovers that he is a non-player character in a massively multiplayer online game who then partners with a player to find evidence that a gaming company’s CEO stole the player’s game’s source code.

Deadpool 2 is a 2018 American superhero film based on the Marvel Comics character Deadpool. Distributed by 20th Century Fox, it is the sequel to Deadpool (2016) and the eleventh installment overall in the X-Men film series.

In this movie, Deadpool protects a young mutant Russell from the authorities and gets thrown in prison. However, he escapes and forms a team of mutants to prevent a time-travelling mercenary from killing Russell.

6 Underground is a 2019 American vigilante action thriller film directed by Michael Bay and written by Paul Wernick and Rhett Reese. It follows a group of people that fake their deaths and decide to form a vigilante team in order to stage a coup d’état against a ruthless dictator.

Red Notice is a 2021 American action comedy film written and directed by Rawson Marshall Thurber starring Dwayne Johnson alongside Ryan Reynolds and Gal Gadot and Ritu Arya. In the film, an FBI agent reluctantly teams up with a renowned art robber in order to catch an even more notorious robber.

The Hitman’s Bodyguard is a 2017 American action comedy film directed by Patrick Hughes and starring Ryan Reynolds, Samuel L. Jackson, Gary Oldman, and Salma Hayek. The film follows a bodyguard (Reynolds) who must protect a convicted hitman (Jackson), who is on his way to testify at the International Criminal Court against a sadistic, Eastern European dictator (Oldman).

In the film, suspended bodyguard Michael Bryce (Reynolds) must once again team up with hitman Darius Kincaid (Jackson) and his wife (Hayek) to stop a madman (Banderas) from launching a terror attack on Europe.

The film tells the story of a business tycoon and billionaire named Damian Hale, who is diagnosed with a terminal illness. However, he manages to save his life with the aid of Professor Albright, who transfers Hale’s consciousness into a new, younger body.

The Change-Up is a 2011 American fantasy romantic comedy film produced and directed by David Dobkin and written by Jon Lucas and Scott Moore. The film stars Ryan Reynolds and Jason Bateman as Mitch Planko and Dave Lockwood, two best friends living in Atlanta who switch bodies after urinating into the fountain to wish they had each other’s lives.

Green Lantern is a 2011 American superhero film based on the DC Comics character of the same name. This was the first DC film since Catwoman not to be involved with Legendary Pictures.

The film tells the story of Hal Jordan, a test pilot who is selected to become the first human member of an intergalactic police force called the Green Lantern Corps. Hal is given a ring that grants him superpowers and must confront Parallax, who threatens to upset the balance of power in the universe.

In the afterlife, Bobby Hayes, a detective who used to work for the Boston Police Department, is hired by a director of a group of deceased police officers to fight against the renegade ghosts.

The plot follows a pilot (Reynolds) from the future, who after accidentally crash-landing in 2022, time-traveling fighter pilot Adam Reed teams up with his 12-year-old self for a mission to save the future.