From Gladiator to A Beautiful Mind, here are some of the best Russell Crowe movies to watch. 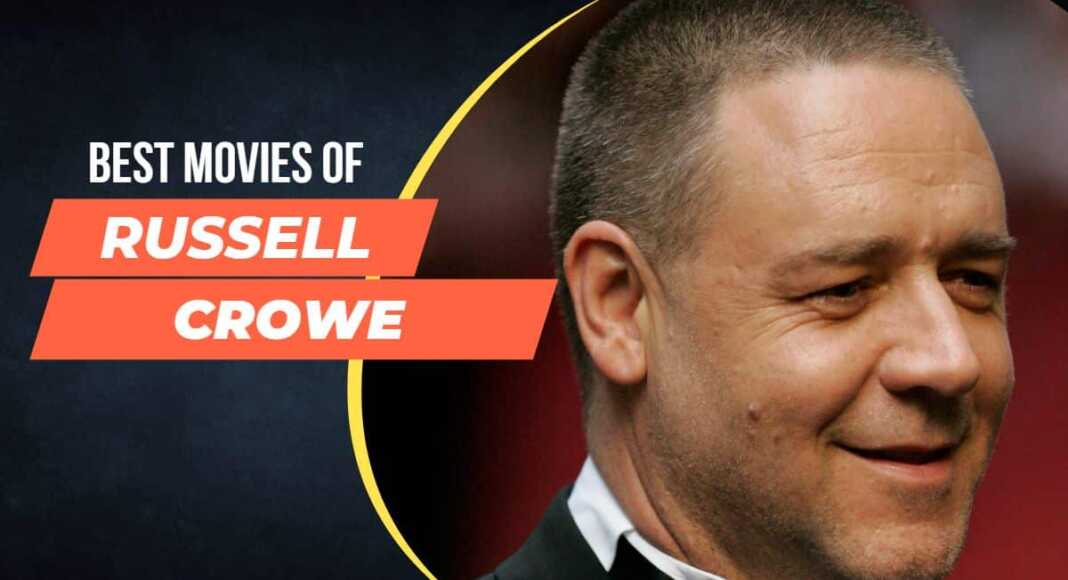 Best Russell Crowe Movies: Russell Ira Crowe is an actor. He was born in New Zealand, spent ten years of his childhood in Australia, and moved there permanently at age twenty-one. He came to international attention for his role as Roman General Maximus Decimus Meridius in the epic historical film Gladiator (2000), for which he won an Academy Award, Broadcast Film Critics Association Award, Empire Award, and London Film Critics Circle Award for Best Leading Actor, along with 10 other nominations in the same category.

Commodus takes over power and demotes Maximus, one of the preferred generals of his father, Emperor Marcus Aurelius. As a result, Maximus is relegated to fighting till death as a gladiator.

A Beautiful Mind is a 2001 American biographical drama film directed by Ron Howard. Written by Akiva Goldsman, its screenplay was inspired by Sylvia Nasar’s 1998 biography of the mathematician John Nash, a Nobel Laureate in Economics.

John Nash, a brilliant but asocial mathematical genius, finds his life-changing for the worse after he accepts an assignment from William Parcher.

Cinderella Man is a 2005 American biographical sports drama film directed by Ron Howard, titled after the nickname of world heavyweight boxing champion James J. Braddock and inspired by his life story. The film was produced by Howard, Penny Marshall, and Brian Grazer.

James J Braddock, a former boxer, lives an ordinary life in the US. But when the Great Depression takes a toll on his family, he decides to get back into the ring once again.

American Gangster is a 2007 American biographical crime film directed and produced by Ridley Scott and written by Steven Zaillian. The film is fictionally based on the criminal career of Frank Lucas, a gangster from La Grange, North Carolina who smuggled heroin into the United States on American service planes returning from the Vietnam War, before being detained by a task force led by detective Richie Roberts.

Les Misérables is a 2012 epic period musical film directed by Tom Hooper from a screenplay by William Nicholson, Alain Boublil, who wrote the original French lyrics, Claude-Michel Schönberg, who wrote the music, and Herbert Kretzmer, who wrote the English lyrics.

Jean Valjean, a prisoner, breaks parole in order to start life anew. He soon becomes the caretaker of a young girl but his past comes back to catch up with him.

L.A. Confidential is a 1997 American neo-noir crime film directed, produced, and co-written by Curtis Hanson. The screenplay by Hanson and Brian Helgeland is based on James Ellroy’s 1990 novel of the same name, the third book in his L.A. Quartet series.

Three detectives from LAPD investigate multiple homicides. While unearthing the evidence and the suspects, the trail leads to corruption in their own department.

Robin Hood is a 2010 action film based on the Robin Hood legend, directed by Ridley Scott. Robin Longstride and his band of mercenaries must bring the people of England together to fight against the invading French army led by King Philip, who has the treasonous Sir Godfrey at his side.

Master and Commander: The Far Side of the World is a 2003 American epic period war-drama film co-written, produced and directed by Peter Weir, set during the Napoleonic Wars.

Captain Jack Aubrey orders his team to set out in search of a French war vessel. However, when his own ship is heavily damaged, he realizes the task is not as easy as it seems.

Noah is a 2014 American epic biblical drama film directed by Darren Aronofsky, who co-wrote the screenplay with Ari Handel. Inspired by the biblical story of Noah’s Ark from the Book of Genesis and the Book of Enoch.

God decides to wash away the sins of mankind through an apocalyptic flood. Before that happens, Noah is tasked with building an ark that can carry his family and a breeding pair of all animals.

State of Play is a 2009 political thriller film directed by Kevin Macdonald. It is based on the 2003 British television serial of the same name. When a US Congressman’s aide gets killed, a team of reporters joins forces with the police to investigate the case. As they delve deep into the mystery, the politician’s dark secrets come pouring out.

The Next Three Days is a 2010 American action thriller film written and directed by Paul Haggis. Lara’s life turns upside down when she is arrested for killing her boss. Soon, with her life getting tougher, her husband decides to take matters into his own hands.

Body of Lies is a 2008 American spy thriller film directed and produced by Ridley Scott, written by William Monahan. A CIA agent uncovers a lead on a major terrorist leader. However, when he devises a plan with the help of his boss Hoffman to trap Al-Saleem, things take an ugly turn.